This affordable credit-builder card offers lower rates than many of its competitors and perks that are especially appealing to military families, including no foreign transaction fee and exclusive benefits for active duty service members. This offer is no longer available on our site.

If you need help building a fresh credit history, but don’t want to pay the exorbitant rates charged by many unsecured credit cards, then a low cost secured card, such as USAA’s Secured Visa card may be worth a closer look. This unassuming credit builder card doesn’t offer a flashy rewards program, nor does it provide much of a credit limit. But if all you want is a safe, reliable card to help you build a stronger credit score, then the USAA Secured card is a good pick – especially if you’re a member of the military.

Best known for its commitment to military service members, USAA has packed its cards with military-friendly benefits, such as no foreign transaction fees and special benefits for active duty service members. But you don’t necessarily have to be associated with the military to benefit from this lower cost card: USAA membership is also available to military family members and to adults whose parents were USAA members.

Here’s what else you should know about the USAA Secured Visa card:

You’ll need at least $250 on hand to open the USAA card, which could make it a tough sell for consumers who can’t afford it or who just don’t want to let go of that much cash. Like all secured cards, the USAA Secured Visa requires a deposit to help fund the account. But USAA’s deposit requirements are higher than what’s required for other cards.

For example, the Secured Mastercard® from Capital One may only require a minimum of $49 to open an account. Several others require no more than $200. But in exchange for more money upfront, you may also be able to access more credit with the USAA card than you would get on another card.

The bigger your deposit, the higher your credit limit

Unlike some secured cards, the USAA card doesn’t offer a preset credit limit. Instead, USAA determines your credit limit by matching however much money you put into your deposit. So, for example, if you deposit $250 onto your Secured Visa card, USAA will allow you to charge $250. If you can afford to spend more, you’ll be awarded an even bigger credit limit. USAA allows you to deposit up to $5,000 – thus giving you a pretty good limit for a subprime card.

This is an attractive perk for cardholders looking for a bigger credit limit than what’s typically available on credit building cards. A higher credit limit not only makes it easier for you to charge bigger purchases. It also helps boost your credit score.

Depending on how you plan to use your card, you may find you’re better off financially with a cheaper card that doesn’t offer rewards.

One of the biggest downsides to the USAA Secured Visa card is its annual fee, which is on the higher side for a secured card. The card charges $35 a year for as long as you own it. Some competing cards charge annual fees as high as $49 – a $14 difference. But others charge much smaller fees or don’t charge an annual fee at all.

In addition to its flexible credit limit, one of the biggest upsides to the USAA Secured card is its relatively low APR, which is significantly more affordable than the APRs charged by most subprime credit cards. For example, the lowest available APR is currently 11.9 percent (variable) – a rate that’s hard to get even if you have excellent credit. Cardholders with lower scores, though, may have a harder time getting a comparable APR.

The maximum APR that the USAA Secured card charges is 21.9 percent (variable). That’s still lower than what you’ll see on most subprime credit cards. The average subprime card charges 24.18 percent, according to our data. But it is expensive for carrying a balance.

The USAA Secured Visa also wins points for its affordable fee schedule, which is friendlier to consumers than the fees charged by some competitors. For example, it doesn’t charge a foreign transaction fee, which is a big plus for military families that spend a lot of time abroad.

It’s also more forgiving than the average credit card – particularly for a card that’s marketed to consumers with lower credit scores. For example, it doesn’t charge a penalty rate; so you don’t have to worry about your APR being hiked to unaffordable levels if you fall behind on bills. It caps balance transfer and cash advance fees at 3 percent and it doesn’t charge an over-limit fee.

The USAA Secured Visa also offers a solid suite of benefits, including standout perks for military families. For example, military service members who are deployed abroad or given a permanent change of station are offered a 4 percent interest rate for up to 12 months. Meanwhile, new cardholders who enter active duty service with existing balances are also given a 4 percent interest for up to 12 months after they complete their service.

In addition, the USAA card offers a number of other useful perks, including a free credit score, car rental insurance and extended warranty.

The USAA Secured Visa Platinum card is designed for cardholders who are either new to credit or who are trying to rebuild their credit after a series of missteps. Even if you’ve declared bankruptcy in the past five years or are still more than 30 days late on a credit card payment, you should still be able to qualify.

Why get the USAA Secured Visa card?

How to use the Secured Visa card 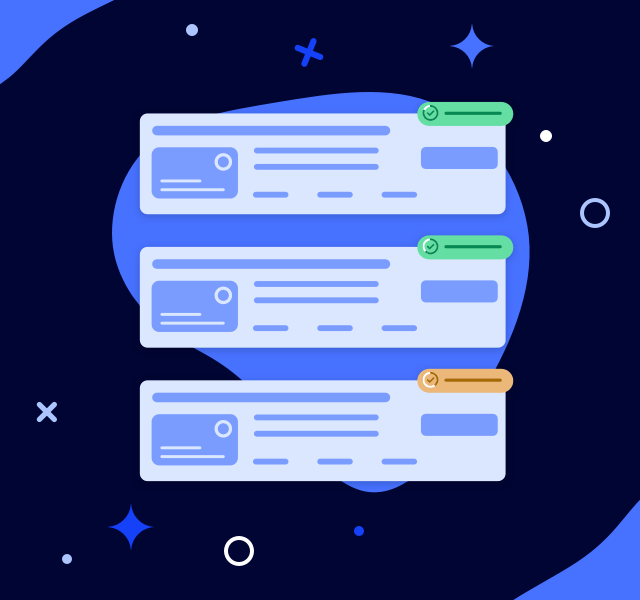