Which United Airlines credit card should you choose?

Whether you're a frequent or occasional flyer, these are the United card options you should consider 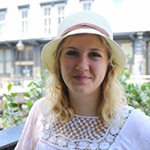 by Dana Dratch, and Emily Sherman

Whether you’re a frequent or occasional flyer, these are the United Airlines credit card options you should consider

If you regularly fly United Airlines or live in or near Chicago, Denver, Houston, Los Angeles, Newark or San Francisco – the airline’s hubs – you’re likely to benefit by considering a United Airlines branded card.

Not only can a United card help you earn and redeem MileagePlus miles faster, but you also get a few handy perks, including free checked bags.

United offers four different branded credit cards – two personal cards and two business cards. How do you know which would serve you best?

We spoke with three travel veterans about their favorite United-branded cards for both frequent and occasional flyers, as well as the best all-around travel card.

The unanimous choice for frequent flyers: The United Club Infinite Card from Chase. The new card replaced an older version of the United Club Card, but it offers even better rewards and perks designed with luxury travelers in mind.

Not only does it give you membership in the airline’s United Club lounges, but if you travel internationally, you will be able to access lounges for any airlines that are part of the Star Alliance, including Aer Lingus, Singapore Airlines and Lufthansa.

In addition to a high rewards rate on United, dining and travel purchases, the Club Infinite card gives you 1 mile per dollar spent on all purchases. You can use these miles for flights, in-flight food and beverage purchases, to buy Wi-Fi while flying or for hotel stays and car rentals.

There is one major downside to this card: It comes with a $525 annual fee. But on the bright side, the sign-up bonus of 100,000 miles after spending $5,000 on purchases within the first 3 months is an enormous offer that is rarely seen on airline cards.

See related: Are you a VIP jerk? 10 things NOT to do in airport lounges

Fly occasionally but you want a few perks when you travel?

Your best choice is likely the Chase United Explorer card, which was revamped in June 2018.

“You get all of the perks for a lower fee,” says Bryce Conway, travel blogger and founder of 10XTravel.

The Explorer card gives you one free checked bag for you and a companion on the same reservation, plus priority boarding. You also receive two one-time passes to the United Club lounges on each anniversary of opening your account.

“It’s a neat benefit, and the passes now come electronically,” says Julian Kheel, former editor at The Points Guy. “You don’t even have to remember to bring them. They’re in an app on your phone.”

This is a risk-free way to sample the United lounges, including the food and drink offerings, to see if you might want to join, says Walter Travers, a card blogger known as the Credit Card Maestro.

Currently, new cardholders can earn a sign-up bonus of 60,000 miles after spending $3,000 in the first three months.

“This is a good card for the regular traveler,” says Kheel.

If you’re going to fly United at least once a year, it makes sense to get the United Explorer card.

Which United card is the best all-around travel credit card? It all comes down to how much you travel.

Unless you’re spending a lot of time in airports and need a nice lounge retreat, the United Explorer card was the pick of our travel gurus. For the casual traveler, the $525 annual fee on the Club Infinite card can be too much to part with.

“If you’re going to fly United at least once a year, it makes sense to get the United Explorer card,” Kheel says. One checked bag per person each way “easily offsets” the $95 annual fee (waived first year).

United also offers business versions of the Club card and a comparable business card to the Explorer – the United Business Card. If you’re traveling for business, it pays to look at those cards, too, says Kheel.

But whether you choose the Explorer or the Club card, you’ll get special perks with over 900 properties featured in Chase’s Luxury Hotel & Resorts Collection – including free breakfast for two, food or spa vouchers, special check-in/checkout times and free Wi-Fi.

You’ll also have access to free upgrades when you buy a ticket with miles.

And both cards give you priority boarding and free checked bags for you and a traveling companion, “which is pretty awesome,” says Travers.

Dana Dratch is a personal finance and lifestyle writer who enjoys talking all things money and credit. She also writes the Red Herring mysteries (from Kensington Books), where money often figures in the motive. Contact her at: @ReadAboutMoney.

Emily Sherman is an editor at CreditCards.com, focusing on product news and recommendations. She is also one of the founders of To Her Credit, a biweekly series of financial advice by women, for women. When she's not writing about credit cards, she's putting her own points and miles to use planning her next big vacation.