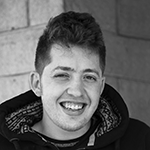 Using an ATM is something most people take for granted. You slide your card into the slot, punch a few keys on the screen and out pops the requested money or in go your checks for deposit.

For Americans with disabilities, using an ATM isn’t that easy.

New higher-tech ATMs are changing that. In some cases, you don’t even need your bank or credit card. Just wave your phone.

And no need to fumble for that deposit envelope now at many ATMs. Just feed your checks or paper money in the automated teller and the deposit will be tallied on screen. Even banking documents can be signed digitally, so you don’t even have to hold a pen.

“We do think that the world of technology is a key door to be opened that will allow more people with disabilities to feel comfortable with banks and deepen their banking relationships,” says Michael Morris, executive director of the National Disability Institute (NDI). The institute is a nonprofit dedicated to advocating for the financial independence of people with disabilities.

Smartphone ATM banking rolls out across U.S.
In 2016, Chase Bank began rolling out 1,500 ATMs that can be accessed using a smartphone – no bank card necessary. If you don’t have a smartphone, bank employees with tablets are in the branch to assist you.

By the end of 2016, Bank of America plans to expand smartphone-activated cardless technology to 8,000 ATMs, half its ATM network.

In December, all Wells Fargo ATMs will get a One-Time Access Code function, enabling customers to use their smartphones to authenticate and conduct banking transactions.

While these upgraded ATMs weren’t specifically designed for people with disabilities, they make banking more accessible for those with limited dexterity, such as customers with cerebral palsy (including this writer).

“ADA mode works by placing a halo around the button on the screen – a customer can use the right and left arrows on the PIN pad to move the halo and select enter on the PIN pad to ‘press’ the button,” says Meredith Kender, spokeswoman for JPMorgan Chase.

Aside from getting cash, Bank of America customers with disabilities have little need for ATMs at all now. The bank’s mobile phone app allows users to schedule in-branch appointments, pay bills, open an account, apply for a loan and deposit a check. In fact, Bank of America’s new cardless ATMs don’t even have a deposit function.

Increasing financial education among the disabled
Banking accessibility is just one issue for customers with disabilities, though. A 2015 NDI study found that 42 percent of U.S. households headed by a person with a disability are unbanked or underbanked.

Reasons for the financial disconnect? People with disabilities cited a lack of knowledge of technology and financial literacy and distrust of the banking system.

As a result, people with disabilities said they had turned to more expensive but more convenient ways to obtain money, such as pawnshops or payday lenders.

“They also recommended every bank have a point person who could do rapid response either over the phone or in person should a person with a disability have a problem.”

To increase financial literacy among people with disabilities, NDI, Bank of America and Khan Academy have partnered on a program called Better Money Habits.

Wells Fargo began partnering with NDI in July 2016 to offer a free financial literacy program to people with disabilities at American Job Centers. Called Hands on Banking, it’s offered in both English and Spanish and teaches people of all abilities how to create a budget, how to save and invest and how to borrow responsibly.

ATMs, ADA, EMV and increased accessibility
It’s not just goodwill and ADA requirements driving this added convenience at American banks. The mandated migration of bank cards and credit cards to chip technology (known as EMV) that began in October 2015 is now forcing banks to upgrade their ATMs to increase card security.

As a result, some major banks are adding accessibility for all customers when they upgrade their ATMs to comply with EMV.

“Those merchants that are re-terminalizing to accept EMV chip cards are also implementing terminals that accept contactless payments,” says Jordan Mckee, senior analyst for mobile payments at the 451 Group, an independent technology research and consulting firm.

Whole Foods accepts contactless payments, and Sam’s Club’s Scan-and-Go and Stop & Shop’s Scan It mobile apps let customers scan product bar codes, pay within the app and then show the electronic receipt at checkout – never having to pull out their wallets or reach for a terminal.

Though Scan It is not ideal for every physical disability – those who are visually impaired may have trouble locating the bar code on items and those who can’t lift their arms may not be able to get their wheelchairs close enough to scan the item – the mobile app does take away many of the physical stresses associated with grocery shopping.

Another way for people with disabilities to avoid the hassles of traditional shopping is online grocery services. At Peapod, a Stop & Shop sister company, “Folks can order online and have groceries delivered to their home or pick them up at select store locations,” says Jim Keenoy, marketing director of Stop & Shop in the New York City metro area.

The future of hands-free accessible banking and payments
Credit and debit cards, along with mobile wallets, can only read contactless payment terminals from 2 to 5 inches away, rendering them useless to people with disabilities who cannot lift their arms.

However, RFID and NFC technology companies are developing secure contactless payment solutions that can be read from up to 10 feet away, allowing phones or readers to be mounted to wheelchairs or kept in bags and still be read at terminals.

Meanwhile, biometric authentication common with mobile wallets and needed to use contactless ATMs may soon move beyond the fingerprint, according to a white paper from ATM maker NCR.

“Face and eye recognition are potential candidates for ATMs or online shopping,” the NCR paper notes, “while sensors that detect and identify the unique rhythms of a user’s pulse could make smart watches the authentication component that is used in mobile-initiated transactions.”

Find the reason for a sudden 100-point credit score drop

Start by reviewing â€˜credit score factorsâ€™ listed on your report