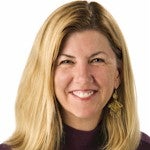 by Allie Johnson, and Julie Sherrier

The free-flying era of old-style refund anticipation loans is over, but a new version of these tax-related loans are still gaining popularity this tax season.

Refund anticipation loans (RALs) used to be expensive loans where a tax preparer offered a loan to clients through a bank or other lender based on an expected tax return. When the loan was dispensed in a day or two, tax preparation fees and other fees were withheld.

Now, tax refund loans are better for consumers than those offered in the “bad old days,” but there are still problems with these loans, says Chi Chi Wu, a staff attorney for the National Consumer Law Center.

In addition to high costs, old-style RALs also posed a risk to consumers who found themselves on the hook for money already spent when their tax refunds didn’t materialize because they were intercepted to pay state back taxes, a defaulted student loan or unpaid child support, says Chi Chi Wu, a staff attorney for the National Consumer Law Center.

Before the IRS and federal regulators cracked down on RALs several years ago, banks could see before making a RAL whether a consumer’s refund was likely to come through or not. But in 2011, the IRS took away its “debt indicator,” which tipped off banks if a consumer had outstanding debts that could redirect their refund. That was essentially a “free credit check,” for banks, Wu says. Then the Federal Deposit Insurance Corp., which regulates banks, told banks that making RALs without the debt indicator was “unsafe and unsound.”

By 2015, few, if any, banks were making RALs. But nonbanks continued to do so, and in the 2016 tax-preparation season, it appears that at least two banks, Republic Bank and MetaBank, are making a new type of tax refund loan, now marketed as “Refund Advance.” They are “new” in that they are not be as expensive as the old RALs, partly because the new loans are offered as “free” to the consumer, without the hefty upfront fees of the old RALs. It’s hard to tell though because the “pricing is opaque,” says Adam Rust, director of research for Reinvestment Partners, a North Carolina nonprofit with a mission of advocating for economic justice and opportunity.

The new refund loans tend to be for lower amounts than the old RALs. For example, Jackson Hewitt tax service was offering a “refund advance” of either $600 or $750, depending on the consumer’s tax return, through 1st Money Center, a nonbank lender, although prequalification for 2017 refunds has ended. Liberty Tax also is offering an “easy advance” loan. And Republic Bank is also offering an “Easy Advance” loans based on tax return acceptance.

Some new refunds loans are nonrecourse, which means that the lender eats the cost of the loan if the consumer’s refund fails to come through, Wu says. If that happens, “the consumer doesn’t owe the debt, period,” Wu says.

But consumer groups have concerns about the new loans, and are beginning to look into the details of how the products work. Rust wrote that he found the lenders on some of these loan charge the tax preparers who offer them instead of charging consumers directly. These tax preparers must pay fees of $35 or $45 per loan, and consumer groups worry these fees will be passed on indirectly to consumers in the form of inflated tax preparation fees. Because tax preparation fees vary by the complexity of a return, and consumers typically are not given a firm price upfront, it would be easy to mark up the price of preparation. But the products are still very new, Wu says.

You’re better off to just do your taxes as quickly as possible, file electronically and wait for your refund.

“We’re looking into them to try to figure out whether they’re good for consumers, bad or a mixed bag,” Wu says.

As tax refund loans became scarce, more consumers – more than 21 million of them in 2014, according to the latest figures from the IRS – turned to tax refund anticipation checks (RACs), which offer a way to delay payment of tax prep fees, but also come with a hefty fees and surcharges.

A refund anticipation check, also known as a “refund transfer,” is a way for consumers to get their tax refunds direct deposited into temporary bank accounts, from which the tax preparers can take their tax return preparation fees.

Here’s how they work:

RACs drained the refunds of millions of American taxpayers in 2014, costing them $648 million in loan fees, plus over $200 million in other fees, the NCLC and CFA said in a report. Just as with RALs, if a taxpayer files a return electronically instead of opting for a RAC, the waiting period for the funds to be directly deposited into their bank account is typically the same amount of time – about three weeks – and it’s free.

That’s usually the best bet for consumers, says Jo Kerstetter, spokeswoman for financial counseling and education provider Money Management International. “You’re better off to just do your taxes as quickly as possible, file electronically and wait for your refund,” Kerstetter says.

Consumer protection groups, however, have long been trying to get the word out that “quickie tax loans” target low-income and unbanked consumers – particularly those who qualify for the Earned Income Tax Credit (EITC).

“The tax refund is often the biggest chunk of money low-to-moderate income taxpayers get all year,” Wu says. The EITC is a federal refundable income tax credit for low-income working individuals and families. CFA and NCLC estimated that in 2014, 83 percent of consumers who used RACs were low-income, and about half were EITC recipients.

The main lure of refund anticipation checks and loans is that they offer a way to pay for tax preparation without any out-of-pocket expenses, but they also cater to consumers who don’t have bank accounts to accommodate direct deposits.

But some unscrupulous tax prep services targeting low-income consumers have charged as much as $550 for a return that takes about 15 minutes to prepare, Wu says. When a consumer uses a RAC, the fact that they’re not paying tax prep fees out of pocket may make it easier for preparers to pad fees, Wu says. “You don’t ever have to hand them $400 in cash or hand over your credit card and get a receipt,” she says.

That’s not quite as bad as the 500 to 700 percent interest rates, if annualized, consumers paid for RALs in the past, but it’s still pricey.

If paying for tax preparation is a concern, tax and consumer experts say  you can get your taxes prepared for free by volunteers with the IRS Volunteer Income Tax Assistance (VITA) and the Tax Counseling for the Elderly (TCE) programs. The IRS offers a free tax help finder. These volunteer preparers, unlike those who charge for their services, have had to get tested to show they’re qualified to prepare taxes, Wu says.

“You may as well go to a preparer who charges nothing, has been tested and you know they’re not going to rip you off,” Wu says.

For consumers without bank accounts, it may be helpful to know that some banks will open accounts without fees. “Even with fees, you can open one for a month just to accept a direct-deposited refund,” says William Henry Jones, member and former chairman of the Taxation of Individuals Committee for the New York State Society of Certified Public Accountants.

Experian FICO score may soon be off-limits to consumers

Come Valentine’s Day, you will likely lose access to your FICO score from credit bureau Experian, even though lenders will continue to use that score to make decisions about your credit.