How to quit smoking and improve your finances 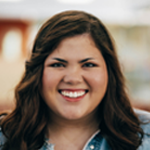 Quitting smoking can improve your financial health. If you stop spending $10 a pack on cigarettes, you can put that money in savings, toward college costs or even pay for a car or a home. Plus, you’ll spend less on health care and insurance costs.

According to the Centers for Disease Control and Prevention, smoking is the No. 1  cause of preventable disease and death in the U.S., accounting for more than 480,000 deaths per year. Of these deaths, around 41,000 are a result of exposure to secondhand smoke.

While smoking has declined in recent years, from 20.9 percent in 2005, the current figures indicate that an estimated 37.8 million American adults still smoke. Of these smokers, approximately 16 million are living with some type of smoking-related diseases, such as asthma, emphysema or cancer.

The health concerns surrounding smoking have been well-documented; however, many smokers still find it hard to quit. If you’ve considered quitting smoking but need some additional motivation, consider how the money you save can help you reach major financial goals.

The cost breakdown of smoking

An average price for a pack of cigarettes in the United States is around $10, depending on the state in which you live. Smokers tend to use anywhere between half a pack and two packs per day, with the average falling around one pack per day.

That means the average smoker is spending near $70 per week for their bad habit. Over the course of a month, that could buy 68 Starbucks lattes, 20 movie tickets, or cover most if not all of a car payment.

This is just taking the cost of cigarettes into consideration. The potential costs of medical bills, insurance or other types of tobacco could exponentially increase your monthly spend on smoking.

Plus, people who smoke a pack a day spend almost 48 hours each month smoking. Time is money, and that 48 hours can be costing you (and your employer) a lot of money in hourly wages.

It’s easy to see how not smoking could fuel your caffeine habit instead and think, “I don’t even like Starbucks,” but the financial consequences go far beyond lattes and movie tickets. Ten dollars a day for a pack of cigarettes could be the difference between making rent this month or being able to afford medicine if a child becomes ill.

The money you spend on smoking each week also could help you reach major financial goals. Here are several examples:

A young, single mother is working two jobs trying to save up enough to pay for her 5-year-old to go to college one day. Assuming she smokes a half a pack a day, she spends around $35 per week on cigarettes.

If she quit smoking and began putting her monthly savings in a 529B college fund over the next 13 years, her child could go to college with $39,000 saved up for tuition.

A 25-year-old just starting his career in the corporate world is worried about having money for retirement, even though he puts 3 percent of his paycheck toward his company’s 401(k) match program. He vapes instead of smokes to save money, spending $50 per month on vape juice and replacement coils.

If he quit his vaping habit and instead invested that money in his company’s 401(k), he could save an additional $53,358 over the course of his 30-year career.

A recent college grad is drowning in credit card debt, having opted for using credit cards to pay for non-tuition college expenses instead of taking out additional student loans each semester. He uses smokeless tobacco, spending an average of $100 each month.

If he quit and added that money to his current $500 monthly credit card payment, he could pay off his debt 4.5 years sooner.

A middle-aged couple just sent their youngest kid off to college, so they want to spend more time traveling. The husband smokes a pack a day, spending $280 each month on cigarettes.

If the couple put that money in savings, they would have $3,360 each year to spend on traveling the world. If they utilized cash back credit cards on their travel expenses, they could spend even more exploring the world together.

How much could you save long term?

These scenarios are just a few of the ways quitting smoking can give your finances a major boost. If you put the money you save from quitting smoking in a 401(k), CD account or in an aggressive investment portfolio, you could save exponentially more.

From the chart below, it’s easy to see just how much that one pack a day habit is costing you in potential earnings.

It’s easy to forget how much just $10 for a pack of cigarettes can cost you over the course of your lifetime.

The costs of smoking don’t end with just the price of cigarettes, cigars, tobacco or vaping. There are other significant costs associated with health care and insurance.

The emergency care, hospital and medication costs for someone fighting cancer are astronomical in America, which should make you think twice about picking up that cigarette if the idea of preserving your health isn’t enough.

On average, a smoker will pay approximately $1,071 to $1,455 more each year for term life insurance than a non-smoker, with premiums typically 10-15 percent higher for smokers. In an era when health insurance premiums are already at all-time highs, the difference in cost becomes even more significant.

How much does quitting cost?

One of the reasons why many people put off quitting is because it can be difficult, time-consuming and expensive to kick their habit. We broke down the four most popular cessation methods and their costs based on a 12-week program to quit smoking.

Nicotine lozenges are an over-the-counter medication that can help offset the effects of quitting. Typically, lozenges come in 2 mg and 4 mg strengths, used depending on the strength of your addiction. If your first cigarette of the day is smoked within 30 minutes of waking, the 4 mg lozenge is recommended (at least during the first one to six weeks of quitting) every one to two hours. Once you get six weeks into quitting, you begin lowering how often and what strength of lozenge you use until you no longer need them.

Over the course of a 12-week program, you would spend around $143.40, which is almost $700 less than a pack of cigarettes a day costs over the same time period.

According to the Nicorette website, gum works best when you chew it slowly until you can taste the nicotine or feel a tingling sensation in your mouth, then park the piece of gum between your cheek and gums until the tingling is almost gone. Then repeat the process until the tingle is gone.

Gum costs just a bit more than lozenges, but you would still be saving almost $700 compared to the 12-week cost of a pack a day habit.

Transdermal nicotine patches are another common cessation method. Patches are placed on the skin and work throughout the day, making it a more simple method to help them quit smoking. Patches are sold in differing “steps,” allowing you to slowly decrease the strength of each patch until you no longer experience withdrawal symptoms.

When nicotine replacement therapies such as lozenges or gum don’t work, doctors will sometimes prescribe non-nicotine medications to help you quit. These medications ease withdrawal symptoms and can block the effects of nicotine if you start smoking again.

Prescription medication is by far the most expensive method of cessation, but it is also the only method that doesn’t use nicotine. At $869.78 for a full program’s worth of medication, it will cost $40 more than a pack a day smoking habit.

However, these costs don’t include insurance. Plus, while the short-term costs may be slightly elevated, you’re still saving thousands of dollars over the long run from quitting.

The financial motivation you need to quit smoking

The health benefits of quitting smoking have been stated over and over for decades, but sometimes the financial costs of continuing smoking can help give you the push you need to quit.

The money you save long term from quitting can help you pay off credit card debt or help build savings and reach financial goals with an investment account, CD or 401(k) plan.

For anyone looking to quit, there are a lot of excellent, free resources for counseling. Call the 1-800-QUIT-NOW helpline for more information.

Madison Blancaflor is a former CreditCards.com personal finance contributor who specializes in in-depth guides and resource content for readers.

Which business credit card should our church sign up for?

If you have a small business or nonprofit organization and need a business credit card, there are several options to help you get started on credit with little risk.