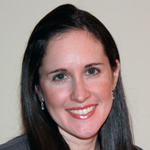 The Military Lending Act caps finance charges at 36 percent and adds other consumer protections for service members and their dependents. The law’s credit card provisions kicked in Oct. 3, 2017

The same protections went into effect a year ago for service members who apply for payday loans, vehicle title loans, refund anticipation loans, deposit advance loans, installment loans and unsecured lines of credit. Credit card issuers were given an extra year, but now have been required to comply as well.

What has changed? When military members and their dependents apply for credit cards:

1. Finance charges are capped at 36 percent.

Credit card issuers can’t charge military service members or a dependent of a covered member more than 36 percent on in any single billing statement.

The law defines finance charges broadly by including both the credit card interest rate (annual percentage rate or APR) and charges for most ancillary “add-on” products such as credit default insurance and debt suspension plans, according to the Department of Defense news release. Routine, common credit card fees are excluded from the calculation.

“The intent is to prevent certain predatory lenders from showing a very low APR upfront and then charging a whole bunch of fees on the back end and artificially inflating the annual percentage rate,” says Christopher Gregory, credit card product management director with USAA.

2. No mandatory arbitration or waiving of rights.

Credit card issuers must orally disclose the interest rate and fees associated with a cardholder’s accounts – in addition to offering written information about the rate and fees.

The Military Lending Act was initially passed in 2006, and amended and expanded in 2013, with the new rules phased in. Its protections supplement those of an older law, the Servicemembers Civil Relief Act. Here is a breakdown of what each act now provides.

“The original MLA was put into place because service members were disproportionately targeted by unscrupulous lenders for high-interest loans,” says Forrest Baumhover, a naval veteran and founder of Westchase Financial Planning.

“Many lenders salivate over the prospect of lending to people with financial immaturity – such as younger adults – but with a steady job, like people who have just started a four-year enlistment,” he says.

The MLA applies to all active-duty service members, including those on guard or Reserve duty, and their dependents.

Veteran Galen Bargerstock, founder of Government and Civil Employee Services, says, “These rules are about military readiness … An active-duty military member can deploy faster and be more focused without having to call home to deal with their credit cards.”

Another reason to keep interest and debt in check? High levels of debt can pose a security risk.

The MLA was revised because “lenders found so many loopholes around it, which made it ineffective,” Baumhover says.

It’s the issuer’s responsibility to determine whether a card applicant is covered under the law, by tapping into either a government database or a consumer-reporting agency. Issuers found flouting the law could owe affected borrowers $500 or more per violation.

A model for consumer rules?

One area of the updated MLA could soon cover all Americans. Consumer advocates believe that the Military Lending Act could serve as a model for financial protection for the wider population.

“Congress certainly has the authority to establish a 36 percent rate limit applicable to all consumers,” says Rebecca Borne, senior policy counsel at the Center for Responsible Lending.

“That’s something that we have long supported, and there is broad bipartisan support for it among consumers.”

While the new Military Lending Act credit card rules cover only newly issued credit cards, active-duty service members may also be eligible for interest rate reductions for existing cards under the older Servicemembers Civil Relief Act, a federal law first passed in 1918 and updated in 1940 and 2003.

While the new law applies at the time of loan application, the older act can be applied retroactively and imposes an interest cap of 6 percent on debt incurred before the service members went on active duty military service.

To get an interest rate reduction, the borrower must send a request in writing along with his or her military orders.

Issuers have been  generous in response to such requests lately, says Doug Nordman, author of “The Military Guide to Financial Independence and Retirement.”

“The card companies are not only complying with the SCRA, but going far beyond it for balances that don’t meet SCRA criteria, with all interest refunded – not just amounts over 6 percent,” Nordman says.

In some cases, he says, issuers are even waiving annual fees for active-duty cardholders.

Service members with questions about the new law or who are confused by the rules, or who think that a new card doesn’t comply with the rules can see their judge advocate general for legal advice.

“Also, installations have financial readiness advocates or financial counselors who are well-versed in MLA, SCRA, and other military-specific laws and policies,” says Baumhover.

Service members, or any other consumers, also can submit a complaint to the Consumer Financial Protection Bureau.

The Federal Reserve’s Survey of Consumer Finances found 44 percent of families with card debt in 2016, outpacing mortgages for first time