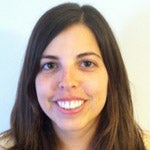 Afraid your bad credit may be holding you back from a great job? That may soon not be a concern for job-hunting New Yorkers, as the Credit Privacy in Employment Act passed the New York Assembly on June 24.

Afraid your bad credit may be holding you back from a great job?

That soon may not be a concern for job-hunting New Yorkers, as the Credit Privacy in Employment Act passed the New York Assembly on June 20. The act will largely ban employers from using credit reports to influence employment decisions.

Jeffrey Dinowitz, a New York assemblyman and chair of the Consumer Affairs and Protections Committee, sponsored the bill, which now moves to the Senate, which ended its session this week. Under New York legislative rules,  the bill can be considered by the Sentate when it returns to session in January 2014.

“Many people, who would otherwise do a good job, aren’t being hired because of the false assumption that a bad credit history relates to how well they perform their job,” Dinowitz said on a video posted to his website.

Currently, the Fair Credit Reporting Act makes it legal for employers to check an applicant’s credit history. But 10 states have laws limiting employers’ use of checking credit reports when considering job applicants. Those states are California, Colorado, Connecticut, Hawaii, Illinois, Maryland, Nevada, Oregon, Vermont and Washington.* Last year, 35 similar bills in 17 states were up for debate during their respective legislative sessions. According to the National Conference of State Legislature, some bills died in committee, while others, such as two Nebraska legislative bills, were “indefinitely postponed.”

Amy Traub, a policy analyst at Demos, a consumer advocacy group, has studied the effects of employment credit checks on low- and middle-income households. Traub says the New York act is one of the strongest bills that would prohibit employers from using consumer credit reports when making hiring and promotion decisions. “Some state laws have exemptions for anyone who handles money,” Traub says. “That’s a lot of positions, including low-level positions like someone working in a coffee shop or retail clerk,” she says.

There is also federal legislation pending that would limit credit checks’ use in employment.  In February, U.S.  Rep. Steve Cohen submitted the Equal Employment for All Act, which would outlaw the credit check practice for a majority of job seekers. The bill makes exceptions for jobs that require special security clearances.

If Cohen’s bill were to pass, Americans would no longer be in a debt Catch-22. “To pay down their debt they need a job, but they can’t get hired because of their credit score,” Cohen said in an email “Second chances in Hollywood and professional sports occur every day, but not for Americans who are desperately looking for work. We should be doing everything in our power to help people find jobs during these tough economic times – not hinder them,” says Cohen.

Checks diminishing, study says
Despite findings from the Society for Human Resource Management (SHRM) 2012 survey, “Background Checking — The Use of Credit Background Checks in Hiring Decisions,” which showed that most employers do not check credit history, bills are still being introduced. The SHRM study showed that only 13 percent of all organizations regularly check job candidate’s credit histories prior to employment. More than half do not bother to check a credit history at all, no matter the position.

“Fewer employers are using background checks, and checks are often done for specific jobs or to comply with the law,” says Mark Schmit, SHRM’s vice president of research, in a July 2012 press release accompanying the findings.

Demos’s Traub counters that the way the SHRM survey questions were phrased skewed the outcome of the study. One question asked respondents if their organization had ever hired a job candidate despite a negative credit report. “It sort of has been spun as that credit checks aren’t weeding people out,” Traub said. “It just means at some point in their career they have hired someone despite their bad credit.”

According to the Demos 2013 report of employees, one in four respondents said a prospective employer requested a credit check as part of a job application. The study further asserts that one in 10 of the survey respondents who were unemployed were not hired for a position because of information in their credit reports.

The Supreme Court’s ruling may spur same-sex couples toward marriage, but the financial consequences of such unions aren’t all favorable