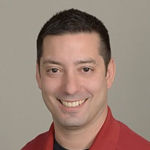 Debit remains a popular way to pay – in many cases, more popular than credit. Here’s how Americans use debit today

In the years immediately following the Great Recession of 2007-2008, and the corresponding credit crisis, Americans shifted much of their spending away from their credit cards and the use of debit cards soared in popularity.

As the economy recovered, it was unclear if the expanded use of debit cards would become permanent, or if our payment habits would revert to what they had been before the recession.

Here’s how Americans use debit cards in 2017:

The big picture of debit card usage
The Federal Reserve Payment Study for 2016 shows significant growth in debit card payments between 2012 and 2015.

A closer look at the trends
Whether you measure debit card usage by the number transactions or by their value, it’s clear that debit has become a more popular form of payment in the last five years. Yet, when examining the most recent data, it appears that the growth in debit card usage is starting to level off.

A similar trend is seen when looking at Mastercard’s debit purchase transactions, which fell by 0.8 percent between the fourth quarter of 2016 and the first quarter of 2017.3

Finally, TSYS’s 2016 U.S. Consumer Payment Study found that credit cards replaced debit cards as the “most preferred payment form” for the first time since it began conducting the surveys. When asked which payment form they prefer, 40 percent of respondents chose credit, while 35 percent selected debit and 11 percent mentioned cash. 4

How we use debit cards
When you look at the distribution of non-cash payments in the United States, another fascinating fact about debit cards is revealed.

For the year 2015, debit card usage accounted for 69.5 billion in payments, dwarfing all other forms of non-cash payments including credit cards (33.8 billion) and checks (17.3 billion).1

But when non-cash payments from 2015 are viewed by dollar value, the opposite picture emerges. Although the $2.56 trillion in annual value of debit cards transactions sounds like a large number, credit cards represented $3.16 trillion and checks were $26.83 trillion.1

ACH debit transfers by dollar value totaled $54.76 trillion, while ACH credit transfers accounted for a stunning $90.54 trillion. The conclusion is that Americans prefer debit cards for a high volume of smaller transactions, while larger non-cash purchases tend to be made with other forms of payment.1

The habit of using debit cards for smaller transactions is obvious when looking at the types of retailers where consumers prefer to use debit cards.

Respondents to the 2016 TSYS payments survey indicated that 46 percent of Americans were likely to use their debit cards at the supermarket, far more than cash or credit cards. Another 39 percent reported preferring debit cards at gas stations, 34 percent at discount stores, and 31 percent at department stores.4

Another indication that Americans use their debit cards for numerous, small transactions is the sheer number of uses per month.

Debit card fraud
In the last few years, payment fraud (including debit card fraud) has become a frequent topic of headlines and concern.

In March of 2017, FICO reported that the number of debit cards that were compromised at ATMs and merchant card readers rose by 70 percent in 2016 compared to 2015.6

It also reported that most of the compromises took place at non-bank ATMs, such as the ones you’d find at gas stations and in convenience stores. 6

Then, in August of 2017, FICO reported a 39 percent rise in debit cards compromised at ATMs and merchants in the first half of the year, compared to the same period in 2016.7

Yet this dramatic rise in debit card fraud is poised to collide with the trend toward more fraud resistant payment cards that include EMV smart chips.

According to Pulse, there was a dramatic rise in the issuance of chip-enabled debit cards in 2016.