Bonus rewards for mobile payments aim to win over users 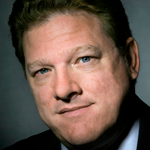 While credit cards have long vied to be top of wallet, issuers now aim to be a cardholder’s default payment app, too

Mobile payments are the future of banking – and when that future gets here, credit card issuers want to make sure they won’t be left behind.

Whether it’s Apple Pay, Samsung Pay, Android Pay, Microsoft Wallet or apps from specific banks or merchants, seamless transactions made with the flick of a finger on your smartphone sound easy and convenient. And the promise that you’ll automatically get customized deals and discounts delivered to those same apps is an appealing bonus, too.

But how you’ll pay for purchases made with those apps has card ssuers jockeying to become your mobile card of choice. That’s why cardholders are being wooed to mobile payments with a number of bonus rewards offers.

For example, U.S. Bank is offering triple rewards points for each $1 of mobile wallet purchases made with its Altitude Reserve Card, while Wells Fargo offers 1.8 percent cash rewards on certain mobile wallets with its Wells Fargo Cash Wise Visa in the first 12 months – a 20 percent bonus. Chase Freedom cardholders can opt in to earn 5 percent cash back on ChasePay purchases from April 1, 2018, through June 2018.

“We want Chase Freedom cardmembers to try – and enjoy – the convenience of mobile wallets,” BJ Mahoney, general manager of Chase Freedom, said in a news release. “They can maximize their rewards not only by paying for necessities, but also by splurging, like for their favorite coffee, when using a mobile wallet.”

The battle to be top of wallet and default card in mobile apps
The reason for the uptick in rewards linked to mobile payments is that card issuers want to make sure their card is the one registered and assigned to your mobile apps, in just the same way they’ve always wanted to be the first piece of plastic you pull out to pay at the cash register.

“It’s just part of the age-old old battle to be first in wallet,” says John Grund, a managing director in the payments practice of consulting firm Accenture.

“What credit card issuers have seen as their nirvana for years is, \u2018How do we get to the top of the wallet?’”Grund says. “Once a card becomes the default card, that’s a very enviable position. In mobile content, the stakes are higher. With a physical wallet, I can switch cards. Once I’m digitally engaged and have that card set as the default card on my phone, it’s sticky.”

Discover even has a webpage showing cardholders how to make Discover card their default card in Apple Pay.

When a card is set as the primary payment method in an app, cardholders are unlikely to stop and switch in the middle of a transaction. So, the commuter rushing to get her latte at Starbucks simply pays with the app without having to decide which card actually makes the payment. The same goes for a customer hailing Lyft to get to a date on time.

“Once a card becomes the default card, that’s a very enviable position. In mobile content, the stakes are higher. With a physical wallet, I can switch cards.”

Rewards dangled as a carrot to use to mobile payments
In the battle to become the default card, the real winners will be customers, as issuers turn to the tried-and-true tactic of rewards offers, notes Lars Holmquist, senior vice president for the Americas at Collinson Group, a customer behavior research and consulting firm.

“Rewards are so important, because they drive the customer preference,” Holmquist says. “The credit card doesn’t have the actual functionality that comes from the merchant apps. Card issuers have to drive any preferences around accessing your statements and getting rewards and benefits.”

“The battlefield is still around the reward components and, depending on what your payment patterns are, around the financing.”

Reward incentives already are being used by payment systems such as Samsung Pay, which kicked off its own Samsung Rewards program in November. Structured like card points programs, it rewards users with points for making a purchase and allows them to redeem rewards on Samsung products, prepaid cards and prizes.

Payment systems are offering incentives not just to stand out from an increasingly crowded field, but because overall growth in mobile payments has been slow. While a study from Accenture found that 56 percent of North American consumers know about mobile payment options, only 19 percent of consumers regularly use mobile wallets.

“Our Altitude customers have enthusiastically taken to the double rewards option on their cards,” says Jason Tinurelli, senior vice president of digital for U.S. Bank. “The Altitude customer is someone who lives their life on the go and mobile wallets help them move faster.”

“There’ll be some bumps along the way, but no one’s denying that we’ll be much more digitally engaged as millennials enter their prime shopping years.”

Bonus rewards benefit cardholders and issuers
In some cases, cardholders can double-dip on rewards points, collecting one bonus for using a particular payment system (Samsung Pay Rewards, for example) and a second reward for paying with a particular credit card.

That’s a switch from two years ago, when critics pointed out that some mobile wallets were robbing consumers of their rewards. If a card was offering bonus points for being used to buy groceries, but the payment was recorded as going to the app instead of the grocery store, those extra points weren’t awarded.

The bonus rewards for mobile payments also benefit card issuers, as they are a way to retain cardholders and transaction fees as credit cards move from plastic to mobile. Mobile payments also help issuers strengthen their relationships with consumers. This can come from collecting data on mobile purchases, as well as location-sensing and automatically adding benefits and discounts in a seamless approach at the time of purchase, so customers can redeem specials or rewards without effort, or identify a nearby merchant with a special offer.

Additional rewards \u2018is where the market is going’
“We’re fascinated by the leverage in card-linked offers to deliver a better loyalty experience,” says Holmquist. “You connect your card to a loyalty program and that gives you automatic authentication at the time of checkout. You get the offer that you’ve signed up for, but you don’t have to present anything else.”

“Once you’ve got that transactional value, you can learn about customers and present some offer content on top of that. I really think it’s about being able to reach the consumer.”

The most successful integration of rewards and mobile payment has come at Starbucks, which reported in the second quarter that 27 percent of its U.S. store transactions came via mobile payments, with customers holding more total money in Starbucks accounts – as much as $1.2 billion at one point in 2016 – than some banks have on deposit.

Still, various estimates predict mobile payments growing steadily for years to come, and attempts to profit from that growth are going to continue to send more rewards and incentives to cardholders.

“It’s where the markets are going,” says Accenture’s Grund. “There’ll be some bumps along the way. but no one’s denying that we’ll be much more digitally engaged as millennials enter their prime shopping years and as new demographics come in. The customers will determine who wins and who loses by determining what cards are in what wallets.”

Five reasons why you may be denied a credit card, even if your credit score is excellent