While daunting, these tips can help you spearhead real change concerning gender disparity across the U.S. 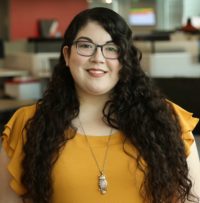 The gender pay gap has been a persistent vexation for women everywhere. The constant overhang of the often-touted statistic of earning 77 to 79 cents for every $1 earned by a man is always present. And even then, that is only part of the equation.

Women of color earn far less – black and African American women make 61 cents to every dollar and Hispanic women and Latinas make 53 cents on the dollar.

The number of variables contributing to the gap certainly make it a dizzying subject, but learning what we, as women, can do to cross that chasm is a step in the right direction.

See related: The hidden cost of being a woman

What is the gender pay gap?

According to the report, The Simple Truth about the Gender Pay Gap, conducted by the American Association of University Women (AAUW), “the pay gap is the difference in men’s and women’s median earnings, usually reported as either the earnings ratio between men and women or as an actual pay gap.”

All this to say the gender pay gap is the gap between what men and women are paid.

The United States is ranked 51st on gender equality, according to The Global Gender Gap Report 2018 from the World Economic Forum (WEF). That same report emphasizes that at the rate progress is being made, it will take 108 years to close the global gender gap and 202 years to achieve equality in the workforce.

At the rate progress is being made, it will take 108 years to close the global gender gap and 202 years to achieve equality in the workforce.

Who the pay gap affects and factors that contribute

So why does the pay gap exist? Unfortunately, the pay gap is a complicated beast with a wide variety of factors playing into its existence. Plus – while it affects all women – it does so in varying degrees.

Deborah Vagins, senior vice president for public policy and research at AAUW, admits the racial attributions of the pay gap are “just absolutely outrageous. There are many factors that affect the wage gap, but the one I think that might be most relevant … is direct gender and race discrimination.”

The most recent available data from the Department of Labor shows women’s median earnings in 2017 came in at $41,977 compared to $52,146 for men. However, when broken down by race, the median earnings for black, Asian and Hispanic women were $40,038 that same year, whereas the median salary for white women was $46,513.

If we don’t focus on how to make changes – both for ourselves and those around us – the numbers will only get worse.

The pay gap and the nuclear family

Another obstacle women face is the “motherhood penalty.”  This affects a woman’s hiring and promotion potential, as motherhood comes with stereotypes.

A recent study by Bright Horizons, a nationally recognized organization that operates over 1,000 early education centers and provides education advisement, found 41 percent of employed Americans perceived working moms to be less devoted to their work. And 38 percent – more than one third – judge them for needing a more flexible schedule.

While this number has been steadily dropping over the years, Joe Levenson of the Young Women’s Trust says “there can be no room for complacency as ‘dinosaur bosses’ are still found in many workplaces, unfairly overlooking women when it comes to recruitment and promotion and breaking the law in the process.”

Our Take: I’ve never felt I was the direct result of pay discrimination, but I started seeing its effects on women in my life before I even started working. Many women I’ve known have had to account for additional factors during an interview or salary negotiation, like how their family life or potential pregnancy would affect their ability to do their job effectively. While our work should speak for itself – many times it doesn’t.

Disadvantage from a young age

Even though we may encounter pay discrimination as adults, that’s not where it begins.

A study by the University of Michigan Institute for Social Research found that not only do young girls spend more time doing housework than they do playing, but young boys spend about 30 percent less time doing household chores. What’s worse is girls were also less likely than boys to get paid for doing housework.

Due to combined factors of different job distributions, demographics, state policies and cost of living, the pay gap is not the same across major cities in the U.S. In fact, some cities have a negative pay gap, while others fall far below the country’s average.

How to close the gender pay gap

It’s true, the pay gap is a complex problem, fed by generations of stereotypes, misunderstandings and even direct discrimination. But there are actionable steps we can take every day to close the pay gap.

1. Work to boost your own salary

Whether you’re looking for a new job or think it’s time for a raise at your current one, it’s best to be prepared so you can approach any situation with both eyes open. “Sunshine is the best disinfectant when it comes to these issues,” says Vagins.

When it comes to directly fighting the pay gap in your own life, knowledge is power.

Our Take: Though it can be really uncomfortable to talk about money, salary transparency is incredibly important when it comes to closing the gender pay gap. I try to have regular conversations with people in my field about compensation, in the hopes of helping others better understand their worth and fight for what they deserve. By being open about what I make, I might help someone discover they can ask for more or provide the necessary knowledge to support their next conversation with an employer.

2. Know your worth, and don’t settle

It can be hard to know what to ask for if you don’t know your true value, especially with decades of history where the value of women’s work is undermined. Nevertheless, overcoming any insecurities and demanding respect are important steps toward beating the gender pay gap.

Our Take: When I was fresh out of college, I was offered my dream job at the time – but the pay didn’t match the responsibilities. I decided to negotiate with my employer and while that helped, the proposed salary fell short of what I knew I was worth. I decided to turn down the job and look for a position that checked all my boxes. It was terrifying turning down a job I knew I would love (especially with bills to pay), but I made the difficult choice to fight for my own worth.

We all have different life experiences, but banding together can help us all. If you find out a co-worker is being underpaid, advocate on their behalf. Show your support – something as simple as offering to help them prep for a salary negotiation goes a long way.

Men can also be an ally as it affects their well-being as well. “Too often, we have seen feminism as a threatening thing [for men],” said Alexander De Croo, deputy prime minister of Belgium, at the South by Southwest festival in March 2019. “And I think it’s not a threatening thing, it’s a liberating thing … If we have a society that has a better balance between men and women, men will also have a better-balanced life … But it’s up to us [as a whole] to do it.”

4. Promote change from the ground up

One alternative way to close the gender pay gap is to support legislation that fights against it.

The Paycheck Fairness Act, for one, is critical to closing the gender pay gap. “The Paycheck Fairness Act would eliminate many of the practices I’ve already talked about,” says Vagins. “It would ban punitive pay secrecy policies. It would ban the use of prior salary history and if an employer is going to pay men and women differently for the same job, it would require the employer to articulate how that qualification was related to the job.”

One step you can take to support this is by becoming a two-minute activist and asking your member of Congress to support the Paycheck Fairness Act.

We’re in this together

Wading through the difficulties we face as women doesn’t have to be overwhelming. As we continue with our series, we will discuss the discriminations we can overcome together, along with steps you can take to ensure you reach your financial goals – whatever they may be.

If you have a story about pay discrimination or about your relationship with finance in general, you can contact us at tohercredit@creditcards.com.

In To Her Credit

The hidden cost of being a woman

There are a slew of additional charges women take on every day that might not be accounted for in the average budget – from the pink tax to higher health care costs.