Rewards can save ‘travel sports’ parents thousands in costs 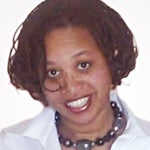 Youths playing on sports travel teams can be costly for families, so parents smartly use points for hotels and flights to get ahead in the game.

Amateur athletes participating in the world of elite youth travel sports have access to top-notch training and world-class competition. Parents, in turn, shell out thousands of dollars to keep their budding phenoms playing at the highest levels.

All that spending on elite sports can call for a lot of travel, and has led to the rise of a new phrase – “travel sports.” It also led to the rise of a generation of mothers and fathers playing their own game: seeking ways to use credit cards to cut their travel costs.

Youth sports has grown into a $15 billion industry, ballooning 55 percent since 2010, according to a 2016 study by researchers at Utah State University. The average family spends $2,292 per year on sports, the study found. The maximum spending? Close to $20,000, as some families invest in travel teams and personal trainers.

Our own CreditCards.com 2017 survey found Americans spent $100 billion on sports in 2016, with $33 billion of that on athletic equipment (for sons, daughters, parents, singles and active retirees).

Jermaine Perrien, a veteran coach with the Washington Supreme AAU basketball program in Tacoma, attributes the rise in popularity among youth travel sports programs to a change in college recruiting tactics.

“It’s not efficient – financially – for colleges to have coaches flying around the country scouring the landscape for the next best player,” he says. “As a result, people have organized events where college coaches can see kids from thousands of teams at one time.”

A complete travel program can cost upward of $20,000 each season, Perrien says, noting that each tournament typically has a $1,500 to $2,000 entry fee. Additionally, teams also rent practice facilities with all the bells and whistles.

The cost of shoes, equipment and gear adds up quickly for parents.

Kim Salley of Flossmoor, Illinois, has four children who have played for sports travel teams. Credit card points help her offset the costs of traveling with the team.

“We’ve done the most traveling with my youngest son,” she says. He is a high school senior heading to college on a baseball scholarship after graduation.

“Because of the nature of baseball and the need to be in warmer climates throughout the year, he often travels to Atlanta, Arizona and Florida,” she says.

Over the course of a year, the family can rack up 50,000 to 75,000 American Airlines points by putting the bulk of their spending on their Citi/AAdvantage Platinum Select World Elite Mastercard. Those miles help her son get to his baseball games and were a huge assist when her older son and two daughters were playing on travel sports teams.

“We started being very strategic about using the card for just about everything, except groceries,” Salley says. “This includes big-ticket items so that we can earn more points.”

“We use points in every way possible.”

Points for hotels, flights or upgrades

Sweeney shaves some of the expense of those soccer trips with rewards from her Plum and Platinum American Express credit cards “We use points in every way possible. We use them for hotels, flights or upgrades,” she says.

The costs of supporting her sons’ soccer endeavors, including trips for the away games, team tournament expenses, private coaching and referee fees, can total about $2,000 per son, per year.

Sweeney’s American Express card rewards take about $1,000 off that sports tab. How she does it: Sweeney, who is CEO of MyCorporation, says she regularly reviews American Express emails and the card issuer’s website to spot ways to earn more points and snag great travel deals.

The card helps in other ways (late check-in and checkout at hotels, for example) and even saves on the cost of keeping her soccer player sons fed.

“If you book one of their range of hotels, you can get a $50 credit toward food,” Sweeney says.

How to choose a card to cut travel sports costs

Selecting the credit card with the reward program that best cuts your sports travel costs can be a daunting experience for time-strapped families. Sweeney, for example, doesn’t get much downtime between soccer games and her online business filing service.

“Once you reach my children’s level, you traditionally play year-round,” Sweeney says. Her sons (and Sweeney) get one month off in June.

“Think about what kind of benefit you want first,” DeNicola says. “Are you looking for free air travel, free hotel stays or gas?” he asks. What rewards will make the biggest dent in your family’s sports spending?

Then, compare rewards credit cards and their programs.

“For some people, the most valuable rewards are going to be the ones that are easiest to use,” he says. Busy parents may not have the time to make the most of cards with bonus rewards in certain spending categories, for example.

“Think about what kind of benefit you want first. Are you looking for free air travel, free hotel stays or gas?”

Charging everyday spending and earning rewards makes sense. Charging too much to score bonus miles or points defeats the purpose. The whole point as a sports travel parent is to score rewards to cut the costs through wise use of credit cards.

“I pay off my credit cards before the statement posts,” he says, by way of example. “That will lower your credit utilization ratio and boost your credit score.”

That’s exactly what Salley is doing to keep her credit score high while she gets her son to and from his baseball games.

“We’re in the habit of paying our credit card off at the end of every month,” she says. “We did not want to incur the interest fees.”

Huffman, the father of two sons, ages 6 and 2, has a few years yet to go before he’s doling out serious money for sports team expenses.

He admits they would have to adjust their vacation strategy, which often includes lodging at 4- and 5-star-rated hotels.

“If either child becomes interested in travel sports, then we would shift our points redemption strategy from quality of hotels to quantity. Our first priority would be to select hotel brands that offer free breakfast to eliminate the cost of one meal each day.

“Those savings add up in a big way, especially when you’re traveling numerous times each year,” he says.

The degree to which cardholders successfully use credit card rewards varies considerably by generation – and not necessarily in ways we may expect.