Why do some people have multiple high-end annual fee cards? 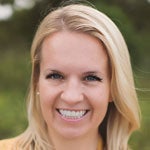 Some people have a handful of high annual fee credit cards. Why? It’s all about the perks.

Over the past few years, travel credit cards with huge annual fees have become the norm, but how many annual fee cards is too many?

Some Americans have a wallet full of high-end annual fee rewards cards. Why? They believe they’re getting more rewards from those cards – in travel credits and perks like lounge access – that make paying hundreds of dollars a year seem like a good deal.

First, let’s look at how we got here. The Platinum Card® from American Express, one of the original elite credit cards, upped its already high annual fee from $450 to $550 in 2017, and that was after Chase took over the rewards scene (for the moment) with the $450-per-year Chase Sapphire Reserve card.

Then, in early 2018, American Express rolled out a hotel credit card with a $450 annual fee. The Hilton Honors Aspire card from American Express comes with automatic Hilton Diamond status, a huge welcome bonus, a free weekend night each year and dueling airline and resort credits.

And some people don’t just have one of these premium annual fee cards. It may sound crazy to the typical credit card holder, but rewards enthusiasts often think those who remain on the sidelines are the crazy ones.

Here are four reasons why some rewards enthusiasts will pay multiple annual fees to the tune of thousands of dollars a year.

1. It’s all about the perks

Jun B. Yun is a married father and travel enthusiast based out of Baltimore. He pays the annual fees on four cards that cost $450 or more per year – the no longer available Citi Prestige, two Chase Sapphire Reserves (one for himself and another for his wife) and a Platinum AmEx card.

Yun says he doesn’t really look at the cards in terms of their fees since they all come with travel credits he uses (e.g., the $300 annual travel credit on the Chase Sapphire Reserve card) that offset the annual fee. Plus, each card comes with a slew of unique benefits and perks that he says make the fees well worth it. Perks Yun considers when choosing a card include travel insurance, lounge benefits, elite status and, of course, sign-up bonuses.

For example, Yun signed up for the Platinum Card when the introductory bonus was 100,000 points.

Not only did he score the bonus points, but he now gets a $200 annual airline credit, $200 in annual Uber credits, airport lounge access, SPG Gold status that transfers to Marriott Gold status, and access to AmEx Offers, a savings program.

Since he travels often, he can squeak out enough benefits from each card to make his annual fees worth it. And yes, he is currently preparing to sign up for the Hilton Aspire Card this year.

“If you can get a huge sign-up bonus, that usually covers the annual fee for several years, but it’s still important to look at a card’s long-term worth.”

See related: When is a credit card annual fee worth it?

Not everyone travels as much as Yun, but pretty much everyone loves a huge sign-up bonus. And, those bonuses are one of the biggest drivers that get people to sign up for rewards cards with huge annual fees.

Rewards enthusiast Forest Moses of Vandalia, Ohio, says he signed up for the Chase Sapphire Reserve card when the sign-up bonus was 100,000 Chase Ultimate Rewards points. While the card does come with a $450 annual fee right off the bat, he says the $300 annual travel credit for any travel purchase knocks the fee down to a more reasonable cost.

For $150 ($450 minus the $300 travel credit), he was more than happy to pay to score the huge bonus along with airport lounge access, primary rental car coverage and other perks.

Of course, card issuers hope the sign-up bonus will hook you into paying for the card for the long haul. That’s exactly what happened to Moses, who renewed his card after the first year.

The same also happened to Ben Luthi, a freelance writer from Eagle Mountain, Utah. Luthi says he signed up for the AmEx Platinum Card around a year and a half ago for the high welcome bonus. He renewed the card last year after getting a feel for the perks, including the card’s airport lounge access benefit.

“If you can get a huge sign-up bonus, that usually covers the annual fee for several years,” says Luthi. “But it’s still important to look at a card’s long-term worth.”

3. You’re saving up for a dream trip

Speaking of long-term worth, what if travel rewards are your ticket to saving up for a dream trip?

Moses says his travel dreams are the main driver behind signing up for new cards and pursuing sign-up bonuses. Moses is currently racking up points and miles so he can travel to Australia and New Zealand in first class or business class.

While she and her partner were saving up American AAdvantage miles for a trip to India this summer, her travel plans ultimately fell through due to timing. Now they are saving the points for a potential trip to Australia as well.

“My partner never sleeps well on planes, so I’m excited to take a long-haul flight with him in business class,” she says. “He’s all-in on the miles and points hobby and his credit has gone up because of it!”

For that specific trip, both Williams and her partner each signed up for the Citi/AAdvantage Platinum Select World Elite Mastercard and the Barclays AAdvantage Aviator Red World Mastercard – the former has an annual fee of $99 (waived the first year) and the latter has a $95 annual fee.

The nearly $400 in annual fees they paid to rack up over 250,000 American AAdvantage miles may seem like a lot, but it’s not when you consider that a round-trip business-class flight to Sydney or Melbourne from the U.S. can retail for as much as $7,000 and potentially more.

Williams plans to continue racking up airline miles and lean on airline partners to earn enough miles to cover the cost.

“There is absolutely value to be had if you’re smart about your spending, never carry a balance and weigh out the fee versus what you’re getting out of it.”

4. When you fall in love with a rewards program

Sometimes, consumers often pay big annual fees because they have run the numbers and know they end up ahead. Williams says one of the biggest reasons she renews her Chase Sapphire Reserve card is she loves racking up points she can transfer to Southwest Airlines to fly home to see family.

Williams says she is also a big fan of the Chase Ultimate Rewards portal, so much so that she uses it even when she knows she’s missing out on earning points with the big hotel brands. “I like to support local businesses,” she says.

In Bruges, Belgium, Williams stayed in a 500-year-old canal-side hotel in a massive, gorgeous room with huge stained-glass windows that opened right over the water. She says she wouldn’t have even looked for a hotel like that if she hadn’t been shopping through the Chase portal.

“There is absolutely value to be had if you’re smart about your spending, never carry a balance and weigh out the fee versus what you’re getting out of it,” she says.

Using miles and points has allowed her to travel far more – and far better – than if she’d just been saving and paying cash for everything.

“If you’re going to spend a dollar, why not get something extra for that dollar?” she asks. When it comes to travel rewards cards that charge big fees, the benefits can make the fees seem like peanuts.

Baggage delay and trip delay insurance are two credit card benefits that can save you hundreds of dollars on your trip. Here’s how to make the most of both perks.