How to save the most on Southwest Airlines flights

Earn a companion pass, fly from your home airport and book during off times to cut your travel costs 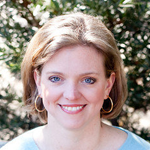 My family and I have a fairly simple strategy that helps us both collect and stretch our Southwest points as far as we can, and pay as little as possible for our flights. Here are our secrets to saving the most on Southwest flights.

My family of four flies almost entirely free nearly everywhere, largely on Southwest Airlines, and we’ve been at this for about four years now.

We have a fairly simple strategy that helps us both collect and stretch our Southwest points as far as we can, and pay as little as possible for our Southwest flights.

In fact, the first year we employed these strategies, we flew to six places for less than $100 per flight for all four of us. That cost largely came from the annual fees for our Southwest Rapid Rewards Premier Credit Card and our Southwest Rapid Rewards Premier Business Credit Card, the mandatory one-way $5.60 security fees per person and some points we bought early on to buy our first flight.

These days, we rarely buy points unless we think it’s a great deal, so the cost is even less.

Here are my family’s secrets to saving the most on Southwest flights.

How to save on Southwest flights

The biggest secret to our success and the most significant savings comes in the form of the amazing Southwest Companion Pass, which lets one person fly free with you anywhere on Southwest for the life of the pass. The pass is good from the time you earn it until the end of the following year, and I’m currently on my fourth pass.

This completely eliminates the cost of airfare for one person in your traveling party whether you are paying in points or cash. That’s a savings that you truly can’t beat. For a party of two, it’s literally a “buy one, get one” deal.

The easiest way to acquire the 110,000 points needed to earn the pass is to apply for one personal and one business Southwest credit card. This gets you very close to 110,000 points, if not all the way, depending on the current bonus offers.

Alternately, you can now apply and hold both Southwest business cards, including the new Southwest Rapid Rewards Performance Business Credit Card, to earn all 110,000 points, plus a few extra.

Other options include using the Rapid Rewards shopping portal to make purchases, additional spending on your Southwest cards, booking hotels at SouthwestHotels.com and referring friends to sign up for Southwest cards.

See related:  How to get the Southwest Companion Pass

Select destinations that are cheap from your home airport

To help reduce the number of points we pay for flights, we also employ a variety of other methods in addition to the Southwest Companion Pass.

First, we look for destinations that have inexpensive fares from our home airport, Indianapolis International. The first year, when we flew to six places, we picked New York City, Orlando and Denver because they were inexpensive. We then splurged on a couple of trips to California with our remaining points.

Using Southwest’s Low Fare Calendar is the easiest way to see fares over the course of a month between two destinations to get an idea of the lowest possible price.

Fly during off days and times

We also opt to fly on days and times when prices are lower. This is almost always Tuesday and Wednesday, which means our kids end up missing a day or two of school during fall break and spring break. (We usually fly Tuesday-to-Tuesday to score the best deal.)

Choosing to leave early in the morning or arrive late at night can also help you save. However, Southwest does not offer red-eye flights, so you’ll never be flying overnight. We’re lucky our kids are old enough to weather these off-times to help us save a bit more.

Choose connecting instead of nonstop flights

You may also want to check and see if it’s less expensive to take a connecting flight instead of a nonstop flight. Sometimes this is the case, and sometimes it’s not, but definitely have a look.

It’s a bit more hassle, but if saving points will allow me to fly my family to an additional destination rather than spending them all on one trip, I don’t mind a little extra inconvenience.

Southwest also frequently has fare sales, usually on Tuesdays and almost every week. I send out notifications and assessments of every Southwest sale to subscribers of my Go to Travel Gal blog.

Some sales are better than others (usually if you see Southwest TV ads promoting a sale, it’s a good sign that’s one of the better ones), but it’s almost always preferable to buy during a sale than not.

See related:  Southwest credit cards: Which Rapid Rewards card is best for you?

Keep checking to see if the fare has decreased

The second biggest saving strategy we use after the Southwest Companion Pass is regularly checking to see if the fares we purchased have decreased. That has saved us thousands of points.

A big perk of flying Southwest is it doesn’t charge change or cancellation fees. The best way to take advantage of this perk is to book in points, as you can cancel or rebook your flights and instantly have your points credited back to your account.

However, if you pay with credit and purchase the cheapest “Wanna Get Away” fare, you’ll be issued a credit to be used by the same person within one year. These can be a bit trickier to keep track of and use.

To see if your fare has decreased, go to Southwest.com, and scroll down to where it says “Change/Cancel.” Enter your flight confirmation number and your name, select “Change” and follow the prompts to see the difference in price.

If you’ve added a companion to your flight, you won’t be able to check for price differences this way. You’ll have to do it manually through the Low Fare Calendar.

Fly from nearby airports with cheaper fares

The final technique you can employ, which we do every so often, is to consider nearby airports that may have cheaper fares than your home airport to destinations you’d like to visit. We’ve driven about two and a half hours north to catch a cheaper flight out of Chicago Midway International Airport, and Cincinnati is also an option for us.

I’ve noticed that Pittsburgh and Philadelphia, for example, rarely have reasonable Southwest fares. Folks in those areas may want to get to Boston, New York’s LaGuardia airport or Newark to score a cheaper Southwest flight.

I am so grateful to be able to cut airfares almost entirely from my budget by employing just a few simple methods to make our Southwest points take us as far as possible. It has been life-changing for my family!

Lyn Mettler is an Indianapolis-based freelance writer who also writes for U.S. News, MSN.com, FoxNews.com and her own GoToTravelGal.com website.

How to file a baggage claim with your credit card

Many travel cards offer baggage delay or lost luggage insurance, saving you money on repurchasing items and adding an extra level of security to your travel. Here’s a look at how to take advantage of the perk.