Want to see the Broadway hit in the West End for the cost of two Broadway tickets? Here’s how 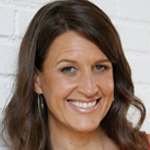 Seeing “Hamilton,” the Broadway musical hit, in any American city can be pricey – but what about London? Here’s how to get a good deal using rewards points on a transatlantic weekend getaway, show tickets included.

For nearly four years, since the hit musical “Hamilton” opened on Broadway, I’ve been dying to see the show, yet unable to get my hands on reasonably priced tickets.

Cheap seats for “Hamilton” in New York start around $500. That’s an expense a bargain hunter like me couldn’t justify. Until I figured out a way to hack the “Hamilton” experience by using rewards points, of course.

See related: Traveling to the seventh continent on points

Last week I flew all the way to the UK to see a Hamilton performance on London’s West End. Thanks to credit card points, the whole trip for two cost far less money than a single premium ticket to see the show in NYC. Plus, I got to spend a week in London as a bonus!

First, let me back up if you aren’t a “Hamilton” fan yet: “Hamilton” is a musical history lesson that tells the story of the American Revolution through the lens of a lesser-known founding father.

See related: 6 summer activities you can pay for with a $150 sign-up bonus

If you buy two average price tickets and add on the cost of airfare to NYC (average $300 per person), plus accommodation in the city ($300/night unless you’re local), seeing “Hamilton” on Broadway is a minimum $2,500-weekend investment.

Productions of the musical have now expanded across the U.S. with runs in Chicago, San Francisco, L.A., Phoenix and New Orleans. Yet, even off-Broadway, the tickets are still pricey at $350-$600.

While you could easily fly to Chicago or LAX to catch the show, here’s why you should fly to London for the ultimate money-saving Hamilton hack:

For the average person, flying to London may not feel as easy as flying to Chicago. Yet, for those of us who like to maximize our credit card travel rewards, why not go to London? The only real added expense is the extra hours it takes to get across the pond.

Here’s how I did a long “Hamilton” weekend in London, and how you could do it, too.

1. Start with tickets to the show

Tickets for “Hamilton” on the West End are officially sold through ticketmaster.co.uk. I booked tickets in late January for mid-March, with decent availability to choose from.

I splurged for top-end center seats in the orchestra/stalls at 200 GBP a piece and it felt like a bargain.

Remember to pay your tickets with a card that doesn’t charge foreign transaction fees.

2. Grab your plane tickets with points

Getting to London is faster than you think and isn’t much farther – or much more costly with points – than flying between California and New York. After you pop over to London to catch a show, you might wonder why you don’t fly in for high tea more often.

On American Airlines I paid 60,000 AAdvantage miles plus under $100 in taxes all the way to London Heathrow (LHR) from the West Coast and home. My companion flew on United – 60,000 MileagePlus miles plus $150 in fees.

Get yours: The newly increased 60,000 Ultimate Rewards points sign-up bonus on the Chase Sapphire Preferred should be enough points to get you from any U.S. airport to London and home in economy class via points transfer to United or Flying Blue.

While it is possible (and very logical) to transfer your Ultimate Rewards points to British Airways for a redemption, be warned – BA has very high taxes and fees on their flights, especially those into and out of LHR.

Of course, don’t forget to check for bargain fares – there are often great deals to London from the U.S. (under $400) when it isn’t summer.

See related: 5 times you should book travel through your card’s travel portal

3. Book a place to sleep

London, like New York, has a huge hotel market. You won’t be wanting for choice, but you may have a hard time choosing!

We opted for the Le Meridien Piccadilly between the Green Park and Piccadilly tube stops. The central location made it easy to walk or get the double-decker London bus no. 38 to the theater with easy direct access to and from the airport!

As our theater run was in the offseason, the Le Meridien was a London bargain at $230 per night on a AAA rate. This was a poor value to spend 240,000 Marriott points, so we actually paid for our three-night stay.

Get Yours: Consider using points from your IHG credit card from Chase. Go high-end at the Intercontinental Park Lane, or simple (yet centrally located) at the Holiday Inn Mayfair.

If you have the IHG Rewards Club Premier Credit Card, you can take advantage of a reward night on a stay of four or more nights when paying with points.

If you want to explore beyond the West End, my favorite is the Andaz London by Hyatt. At 20,000 World of Hyatt points a night, it’s hipper and cheaper than its two sister properties in New York City – definitely another reason to see the show abroad!

A transatlantic weekend getaway for the price of two Broadway tickets

All in, our long “Hamilton” weekend in London totaled out at $1,460 for two – the price of a single good seat on Broadway, and we could have done it for even less if we’d opted to use hotel points.

While the U.S. may have defeated Britain in Hamilton’s day, the U.K. definitely wins when it comes to seeing “Hamilton” on the cheap!

Quarterly deals from IHG Free Nights. Faster. might be the quickest way to rack up points with the hotel chain.