Bumped from a flight? Card tips to help you keep your seat 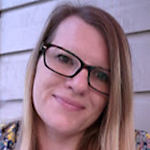 Credit card benefits like priority boarding can help you keep your seat in case your flight is overbooked. If you’re bumped, we’ve got you covered with these travel tips.

Getting bumped off a flight can be a real bummer.

Receiving a travel voucher from the airline can make getting bumped more bearable. But, it doesn’t make up for lost time if your trip is delayed.

However, there are some things you can do to potentially avoid missing that flight. Knowing each airline’s rules for bumping passengers is step one. Leveraging your travel rewards credit card is step two.

Here’s how to use your travel reward card to avoid it.

Bumped from flight: What you need to know

Get clear on airline policies for bumping

Airlines can’t just bump you at will; there are certain rules they must follow, set by the U. S. Department of Transportation.

But airlines aren’t barred from overselling flights to make up for no-shows. When a flight is overbooked, the DOT requires airlines to first ask passengers to give up their seats voluntarily before bumping them.

Mark Kantrowitz, vice president of research at Saving for College and frequent flyer, says that in his experience, about one in eight flights is oversold with at least one passenger being voluntarily bumped. When that happens, the airline can use incentives, like cash or vouchers, to get passengers to agree.

The Department of Transportation doesn’t limit how much of an incentive airlines can offer for voluntary bumping, and there’s no rule against trying to negotiate a better deal.

Here’s a look at how bumping incentives compare at different airlines:

Volunteering to get bumped can be lucrative, depending on the airline. JetBlue and Southwest have no-overbooking policies in place, so you’re less likely to get bumped with these airlines.

If no one volunteers to give up their seat, the airline can then choose who to bump. This is called involuntarily denied boarding. In that scenario, compensation is dictated by Department of Transportation guidelines.

Here’s how the compensation for involuntary bumping breaks down:

There’s not much you can do about an involuntary bumping, unfortunately.

How to use your travel rewards card to avoid getting bumped

A travel rewards card can be good for more than just earning miles. When booking travel with your card, keep these tips in mind to reduce the odds of being involuntarily bumped.

1. Stay loyal to one airline

Opting for a co-branded airline travel rewards card and joining that airline’s frequent flyer program can go a long way toward helping you keep your seat.

“The second you hit even the lowest elite status, you have a better chance of not getting bumped,” says Shankman. “The higher your status climbs, the less likely you are to be removed without volunteering.”

Nick Brennan, founder and CEO of My UK Sim Card, regularly flies aboard domestic and international flights and recommends choosing an airline that’s part of an aviation alliance.

“If your airline is part of a global alliance, then your status corresponds to a status within the global alliances and works on all their airlines,” says Brennan. “For example, American Airlines is part of the Oneworld alliance, which includes British Airways, Qantas, Cathay Pacific and Japan Airlines.”

If you can’t fly your usual airline, flying a partner airline in the alliance group could still help you avoid getting bumped. And even if you do get bumped, having elite status can still pay off.

“You get wait-list priority over others and this applies when flying with other airlines in the alliance,” says Brennan.

An easy way to get on the fast-track to elite status with your airline is to charge flights and other purchases to a co-branded travel rewards card.

2. Opt for a rewards card that includes priority boarding

Priority boarding is a perk often included with premium travel rewards cards and worth taking advantage of to avoid getting bumped.

“If you can get on the plane closer to the beginning of boarding, it decreases your chances of getting bumped,” says Shankman. “It’s less likely nowadays that you’ll be removed if you’re already in your seat.”

That’s because airlines usually work backward when selecting passengers for involuntary bumping; those who boarded last typically land at the top of the list.

If you’re looking for card suggestions, these cards include priority boarding opportunities for travelers:

3. Consider an upgrade and check in early

If you’ve booked an economy fare with your card, you may want to upgrade to business or first-class.

Shankman says upgrading doesn’t always guarantee you won’t get bumped, but “they’ll usually remove coach passengers who’ve booked the cheapest ticket, or those who show up at the last minute, before anyone else.”

This strategy may not work, however, if you’ve used award miles to upgrade.

“Passengers who have paid for first class or business class, as opposed to free upgrades, are less likely to get bumped,” says Kantrowitz.

Checking in sooner, rather than later, can also work in your favor, says Viktoria Altman, travel expert at Go Travel Tipster.

“If the airline is asking for voluntary baggage check-in at the gate, volunteer your bag,” says Altman. “I’ve noticed you’re less likely to get bumped with checked luggage, probably because it takes extra time to get that luggage off the flight.”

Just taking a carry-on doesn’t slow down the whole plane and, coupled with late boarding, could make you an easy target.

Timing also matters for your booking. Brennan says to book off-peak flights whenever possible. You’re less likely to get bumped because of overbooking and “the flight will probably be cheaper, too.”

See related:5 secrets to get and keep your elite status

“If the airline is asking for voluntary baggage check-in at the gate, volunteer your bag. I’ve noticed you’re less likely to get bumped with checked-in luggage, probably because it takes extra time to get that luggage off the flight.”

What to do if you get bumped

Shankman says if you’re a non-priority passenger traveling on a cheap ticket, the smartest thing to do is take the airline up on their offer when they ask for volunteer.

“Not the first offer, but the second or the third,” he says. “It’s a gamble, sure, but by the third offer, they’ll be offering a decent travel credit that will easily cover a flight the next time you travel, as volunteers sometimes have a better shot of an upgrade on the later flight.”

If you don’t volunteer, the chances of getting any extra compensation beyond what the DOT requires airlines to offer are slim.

Brennan says if you’re reluctant to volunteer for a bumping, check the flight schedule to see if you can change to a later flight without a huge inconvenience. If you can negotiate a deal, “you might see yourself walking away with hundreds of dollars and only be an hour or two late onto the next flight.”

When negotiating with the airline, remember to take the amount of time you’ll be delayed into consideration. The further a delay puts you behind, the more compensation you may be able to ask for.

“Get agreement on the value of the voucher and any other amenities before you agree to be bumped,” says Kantrowitz.

When planning bucket list trips, it helps to have a mix of rewards cards — airline, hotel, cash back and flexible travel card — to cover all of your costs.