We accurately recall other types of debt, but not card debt, says a newly updated Federal Reserve report 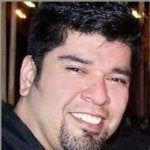 What does the typical household really owe on credit cards? A lot more than they admit, according to newly updated research from the Federal Reserve Bank of New York.

What does the typical household really owe on credit cards?

A lot more than they admit, according to newly updated research from the Federal Reserve Bank of New York.

Once every three years the Federal Reserve’s Survey of Consumer Finances uncovers a trove of information about household debt in the U.S. In the survey, families are asked about their debt, savings and income, and the Fed report breaks down the results by age group and region.

It’s a deep trove of data, widely used and oft-quoted. But how solid are its numbers? An updated analysis by the New York Fed gave the survey findings a reality check by comparing them to bank data compiled by the credit bureau Equifax. Unlike the survey’s data, which relies on what people recall about their finances, the credit bureau data uses figures straight out of the lenders’ files.

In most cases, we did pretty well recalling our debts. The researchers found a “striking level of accuracy” between the self-reported data and the bank data for mortgages, home equity loans and even bankruptcies.

But where credit card debts are concerned, there is reason to doubt people’s responses. We underestimate it badly. While survey respondents admitted having median card debt of $2,000 in 2010, credit reports indicate that the actual figure is about $3,500.

Even after making allowances for differences in the way the data is collected, “We … find that a 37 percentage point gap in aggregate credit card debt remains,” the researchers say in the updated paper, “Do We Know What We Owe?” The average household card debt reported in the survey, $5,700, is also lower than the bank-reported figure of $9,600.

The researchers could not pin down a reason for the difference. They considered that a stigma about debt might have something to do with it, but then wondered why people were so solid with their knowledge of bankruptcy, a highly stigmatizing financial event.  They also noted that unlike other debts, credit card debt and student loan debts are both unsecured — they have no collateral attached — and have higher delinquency rates.

“Households with limited awareness of their debt positions may both misreport debts in surveys and make less informed financial choices as a result,” the researchers wrote. ” … The poorer repayment rates we observe for uncollateralized debts may suggest an association between debt awareness and debt repayment quality.”

More research is needed, they said, to tease out whether we’re unwilling to report credit card debt, or unable to report it because we just don’t know what it is.

Fred O. Williams is a former senior reporter for CreditCards.com.

You did WHAT to pay off your debt?

From selling plasma to leaving the country, these debt payoff stories should inspire