My boyfriend’s ex-wife ruined his finances. What can he do to fix them? 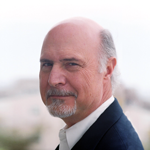 If your ex-spouse opened bank or credit card accounts in your name while you were married, that could be a crime. You can file disputes and report the identity theft. To restore any resulting damage to your finances, review your checking history and open new credit accounts to get a fresh start.

Hi Steve! I’m currently in a relationship with a guy whose ex-wife is a piece of work. While they were together she opened multiple credit cards in his name, and other accounts as well.

We are currently suffering from some of that. His credit score is horrible and he can’t open a different bank account, because two accounts she opened with his social were overdrawn for a while. They haven’t been together for about three and a half years now, but he’s been told so many things about it. One of those is that he’s missed the window in which to report any of it, since he wasn’t aware for a while and then when he did find out, he was told since it was done while they were married, he couldn’t dispute it.

I have so many questions, but I guess my biggest concern right now is whether or not there is anything we can do to put some of that back on her plate and take it off of ours. Thank you in advance! – Katie

Let me start with one quick observation and one quick piece of advice. First, why are you writing to me and not your guy? Third-party requests for help generally indicate a low level of commitment to resolving the issue. If he wants to pursue his ex, then good luck to him. I suggest you stay out of it.

Second, forget about her plate. You can’t control the past and you sure can’t control an ex, but you can do something about your future. My advice is to stop looking back and focus on that future.

Now let’s discuss some financial solutions that may help him (not you) improve his situation.

Check out all the answers from our credit card experts.

His lack of bank accounts is his most damaging issue. Without savings and checking accounts he will have issues with bills, getting credit and more. I suggest he access his consumer report at ChexSystems. This is one of a number of national specialty reporting services for banking.

The FACT Act that allows for free annual credit reports also provides free access to checking history annually, and for those who have been denied a bank account. He’ll at least be able to find out what has been reported and if there is money due. Banks, credit unions and the like report checking problems to ChexSystems.

ChexSystems makes reports available to member financial institutions, and the current practice is to retain reported information in your file for a period of five years. The reporting entity is under no obligation to remove accurate information, even if paid, but it is obligated to update the report with a paid in full or settled in full status and date when applicable.

I must caution you that if you are in a community property state, any debts will need to be cleared. If this proves to be a difficult issue, he could contact a nonprofit credit counseling agency to help him with that step. Look for an agency that is a member of the National Foundation for Credit Counseling.

This type of account may come with fees and restrictions, such as no overdraft protection or no debit card, but it may give him a foot in the door at reestablishing a banking relationship. Building strong financial relationships is an essential tool for sound and responsible financial health. Be sure that all of the old accounts opened by his ex in his name have been closed.

See related:  5 ways an ex can ruin your credit during breakup, divorce

Get a passbook loan or a retail card to rebuild credit

Repairing his credit score should be easy once he has bank accounts up and running. With a savings account, he can open a passbook loan secured by his bank balance. His payments should be reported to the credit bureaus and begin to offset the three-and-a-half-year-old negative items from his past.

At three-and-a-half years old, his negative information should count for less than any new data in determining his score.

After a few months, I suggest he open a retail store card where he typically shops and then follow up with a Visa or Mastercard whose issuer accepts credit scores in his range. You can find lenders and score criteria at CreditCards.com. He can use his new checking account to pay his bills on time and in full each month.

See related:  Can I keep credit history from being authorized user on ex-husband’s cards?

His ex-wife may have committed identity theft when she opened accounts in his name without his knowledge. That could be a crime. Unfortunately, as he was told, it may be too late to prosecute it and have her criminally charged.

That could be a blessing in disguise, as my experience with matters such as this reminds me of the old expression that if you get into a wrestling match with a pig, the pig has fun and you get dirty. Also, I have consistently found the courts to be the least satisfactory way to resolve a sticky personal situation.

However, it is not too late to report the incidents to the police. This will establish a police report, which is often helpful in getting past old problems with banking and credit issues. If he really wants to pursue the identity theft issue, I suggest he check out the nonprofit Identity Theft Resource Center. It’s one of the best resources for accurate information on identity theft and solutions.

You said he was told he’s unable to file a dispute because it happened when they were married, but that’s not true. Married or single, all accounts can be disputed. And spouses can absolutely file charges against each other for identity theft.

Steve Bucci has been helping people decode and master personal finance issues for more than 20 years. He is the author of “Credit Management Kit For Dummies,” “Credit Repair Kit For Dummies,” “Barnes and Noble Debt Management,” co-author of “Managing Your Money All-In-One For Dummies” and “Debt Repair Kit For Dummies” (Australia). Steve is an experienced expert witness in identity theft, credit scoring, and debt-related cases. He has been a presenter at the FICO InterACT Global Conference, the Federal Reserve and the International Credit Symposium at Cambridge University in the UK.

With the additional financial challenges and hurdles that come with being a woman, it is important to create a solid foundation in order to achieve financial empowerment. Overcoming obstacles is difficult – even more so when you don’t know where to start. The best first step is to understand the…