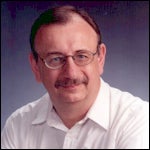 There are plenty of solutions available, but America's demographics and the law don't lie: Social Security, without changes, will go broke

Dear New Frugal You,
I am 72, an economics major and am fed up with people like yourself who say young people will have to take up the load on Social Security and play the doomsday effect in 20 years. How about eliminating the wage cap and, quelle horreur, tax unearned income for SS? — Disgusted

Dear Disgusted,
I’m sorry that you’re fed up. But I think that you may be blaming the messenger for facts that you don’t like.

Let’s begin by examining those facts. To make sure that they’re unbiased, all statistics are from the Social Security Administration.

Let’s begin by trying to get an understanding of Social Security. According to the agency’s statistics, at the end of December 2010, 54 million people were receiving benefits at a rate of $701 billion annually. During the same year, approximately 157 million employees and self-employed workers, along with employers, contributed $639 billion to the Social Security’s Old Age, Survivors, and Disability Insurance (OASDI) trust funds.

The Social Security fact-sheet for 2012 describes what to expect. “Social Security is not sustainable over the long term at current benefit and tax rates. Beginning in 2010 and continuing in 2011, the program paid more in benefits and expenses than it collected in taxes and other noninterest income, and the 2012 Trustees Report projects this pattern to continue for the next 75 years.

“The trustees estimate that the trust funds will be exhausted by 2033. At that point, payroll taxes and other income will flow into the fund but will be sufficient to pay only 75 percent of program costs.”

The Social Security law was passed in 1935 under different assumptions than we would use today.

For one thing, people didn’t live nearly as long. Someone who was born in 1930 had a life expectancy of 58 years and would never collect Social Security.

If he lived to celebrate his 30th birthday in 1930, he had a life expectancy of less than 37 years, meaning that he wasn’t expected to celebrate his 67th. So the average 30-year-old would collect Social Security for fewer than two years.

Medical science has changed all that. A male turning 65 this year can expect to live another 16 years. A woman has another 19 years on average. So instead of collecting for just a few years, we now have many retirees collecting for decades.

Not only are people living longer, but baby boomers didn’t have as many children as their parents did. As a result, there are fewer workers paying into Social Security compared to retirees collecting checks.

Not true today. In 2011, there are just 2.9 workers paying Social Security taxes to each person collecting benefits. The trustees project that will fall to 2.0 to 1 in 2034.

Next, remember that Social Security benefits are indexed to inflation. The SSA expense projections considered inflation rates from 1.8 percent to 3.8 percent. If trillion-dollar deficits continue, that rate may be too low.

Finally, when the trust fund reserves are depleted, current law requires that benefits paid should match income received. So as long as Social Security is a separate government program (as it is today), it cannot spend money that it does not have.

The facts are fairly clear. If we don’t make any changes and the trustees forecasts are correct, in about 20 years we’ll need to raise taxes, cut benefits or both. Alternately, we may abandon Social Security and replace it with a similar program out of general revenue that would allow the government to spend more than it takes in taxes.

So what about your suggestion, Disgusted? Could we increase the maximum wages that are taxed for Social Security and also tax unearned income? Of course we can. I expect that we probably will. Faced with a huge shortfall, Congress may have few other appealing choices.

But benefits will need to be cut, too. It’s not realistic to expect two younger workers to support each retiree — not if they’re going to raise their children and save for their own retirements.

One solution: Retirees who have accumulated some wealth in their own IRA or 401(k) will receive lower benefits. The argument will be that the wealthy don’t need Social Security benefits.

But it does seem unfair to those who have lived frugally. Not only did they pay into the system, but they also  contributed to their own retirement accounts. That they shouldn’t get the benefits they were promised doesn’t seem right to me. We’re penalizing people for living responsibly and saving for their own retirement.

It also puts to rest the myth that today’s Social Security program is a pension plan where you save today to have money tomorrow. Social Security will become a program where the government decides who pays how much in taxes and who benefits from those taxes.

As an economist, I’m sure that you understand that the system cannot pay out more than it takes in indefinitely. And raising the caps and taxing unearned income only adds to the total tax burden on the economy.

But you don’t have to be Chicken Little to recognize that there’s a problem with Social Security and that younger people will probably have to play a part in any solution. Maintaining the current path means that both retirees and younger workers will be pretty unhappy in about 20 years.

Does a personal finance problem have you worried? Monday through Saturday, CreditCards.com’s Q&A experts answer questions from readers. Ask a question, or click on any expert to see their previous answers.

Sally Herigstad,
“To Her Credit”