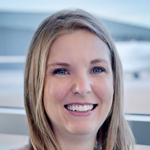 If you want to use your miles and points to travel to the FIFA World Cup in Russia, it will take research, strategy and a little creativity.

The largest single-event sporting competition in the world is the FIFA World Cup. This massive soccer tournament has occurred every four years since 1930, with some brief wartime exceptions, and it takes place in less than three months in Russia.

If history is an indicator, millions will travel to see one of the matches from June 14 to July 15, across 11 cities in Russia. More than 32 countries are represented in this tournament, so let’s just say this is a pretty big deal in the world of sports and travel.

Travel to Russia for the 2018 World Cup

The United States did not make the cut for the 2018 World Cup, but that won’t stop die-hard fans from wanting to see the action in person. If you don’t already have your 2018 World Cup tickets, those that are remaining will reportedly go on sale beginning on March 13.

Russia has waived the regular entry visa requirements for those traveling to see the World Cup beginning 10 days before the first match until 10 days after the final match. You will need to have your valid passport and a Fan ID that is available to World Cup ticket holders.

This is similar to the process that Russia used for the Sochi Winter Olympics in 2014. I actually had Olympics tickets, airline award flights and even hotel award reservations for the Sochi games four years ago, but that trip ultimately fell apart largely due to hotels in Sochi running woefully behind construction deadlines. My award reservations were not being honored as rooms that were completed were needed for the Olympic Committee.

It all eventually worked out as I was able to change my plans and go skiing in Norway instead of watching skiing in Sochi, but that experience of planning a trip to Russia using miles and points during a huge international event is helpful context for the World Cup.

If you want to use your miles and points to travel to the FIFA World Cup in Russia, it will take research, strategy, patience and more luck that I had in Sochi. Because we are now less than 100 days out and demand is very high, you may not be able to use awards for all of your 2018 World Cup journey, but here are some tips if World Cup in Russia is on your travel wish list.

If you want to fly nonstop from the United States to Moscow, you are going to be looking at flights on the Russian airline, Aeroflot, which operates nonstop flights from JFK, Los Angeles, Miami and Washington Dulles. Not all cities have seven-days-a-week service, so be sure to check different days of the week.

Aeroflot is in the SkyTeam alliance, so theoretically you can book these flights with your Delta SkyMiles, or potentially for fewer Korean miles you earn with your Chase Sapphire Reserve or Chase Sapphire Preferred cards. However, because of the limited number of flights and the huge demand for that time slot, that is probably not going to happen for most people.

At this point, your two main options to fly to the World Cup using miles are purchasing a flight with cash starting at about $800 to $1,000 per round trip in economy, and then use points from a card such as the Barclaycard Arrival World Elite Mastercard to offset the charge, or search for award flights that get you close to Russia.

When I planned my award trip to the Olympics in Russia, I booked flights to Istanbul, which is just a couple of hours from many of the Russian tournament cities. I then added on an inexpensive flight from Istanbul to Russia when I couldn’t find the saver awards I needed for that segment. Not only is Istanbul geographically very close to Southern Russia, but award availability on Turkish Airlines to Istanbul from several cities in the United States is better than average. Some summer dates even offer business class saver awards. Going through Germany on Lufthansa is another solid option to get to Russia using miles this summer.

You can book airline awards on Turkish Airlines or Lufthansa via Star Alliance partners such as United, using 70,000 United miles each way in business class or 30,000 miles in economy. Regardless of the airline or route you choose, don’t get fixated on having an airline award that gets you all the way to Russia if you can’t find one. Even if your airline miles can just get you as close as Western Europe, you will still have many more affordable flight options from there than you would from the United States.

As a tip for U.S.-based travelers, the weekdays surrounding July 4 are often the cheapest summer dates to travel, and the ones with the best award availability. If you are trying to decide when to plan your flights to Russia, July 3-5 is a good place to start. For example, right now I could book a business-class award ticket from Houston to Frankfurt and on to Moscow via Lufthansa on July 3 for just 70,000 miles plus $52 in taxes, which is a very solid deal for summer travel during the World Cup.

Use hotel points for the World Cup in Russia

Just like with airline award availability, hotel award availability during the World Cup isn’t going to be great. The vast majority of chain hotels blocked those dates off long ago, but there are a few exceptions if you are willing to get a little creative.

If you are hoping to see some of the matches in Moscow, which is where the tournament starts and ends, the DoubleTree by Hilton Moscow Airport Vnukovo is one of the few hotels that still has standard award nights available for most of the tournament dates. This is likely because the hotel isn’t even scheduled to open until June 1. Staying at this property may be a great way to be just a 35-minute train ride from the heart of Moscow, while keeping cash in your pocket.

That said, keep in mind my Sochi Olympics story where in which construction delays and other red tape ultimately sunk my hotel award reservation. On the other hand, if all goes well, spending 20,000 Hilton Honors points per night to be near the Moscow World Cup events is a very good deal.

If you hope to see some of the matches in Sochi, there are several Club Carlson properties in that area, some of which have some availability during the World Cup. Park Inn by Radisson Sochi Center has some availability at 15,000 Club Carlson points per night, but if you are looking for rooms the actual nights of the games in Sochi, you may need to head up the mountains to the Rosa Khurtor area. There you will find resorts such as the Radisson Blu Rosa Khutor that is available for 44,000 Club Carlson points per night. That will not be the closest spot in the Sochi area to the matches, but as a consolation prize there will be a World Cup Fan Village in Rosa Khutor!

Hotel and flight availability can change quickly, so keep searching if you want to use your miles and points to get to Russia for the 2018 World Cup. Also keep in mind that trains to the matches are available for free to ticket holders, so if you are going all the way to Russia, try to take in some events in different parts of the large, expansive, country.

See related: Why you should book winter holiday trips now with miles, points, The 3 types of rewards cards you must have in your wallet

If you have a high-end Chase card, you can easily boost your rewards from your other Chase cards and work less to get more travel