Research: On sunny days, put the credit cards away! 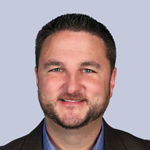 As the mercury rises, research shows we tend to spend a bit more carelessly

Not to throw shade, but when there are no clouds in the sky, consumers may want to be more wary of their wallets: Extreme sunlight could be setting us up to spend more than we normally would.

New research from the Georgetown McDonough School of Business and Columbia Business School found that “abnormal sunshine” may lead consumers to buy more expensive goods than they otherwise would. The so-called “sunshine effect” increases a consumer’s annual median credit card spending by $979, the researchers found.

“Somehow we tend to become more upbeat or the mood is brighter and we tend to buy things we wouldn’t have bought, like better perfume or a better jacket,” says Sumit Agarwal, a professor of finance at Georgetown University and one of the study’s authors. “We spend a little bit more, and we don’t shop around.”

The effect can be countered if people are reminded not to overvalue goods during extreme sunlight. Businesses also could learn from the research, Agarwal says, and adjust prices during especially sunny stretches.

Some are affected more than others

For the study, researchers looked at eight months of anonymized credit card data provided by an unnamed U.S. bank covering the transactions of 52,371 U.S. consumers. They then matched weather data from the National Climate Data Center to the transactions.

The sunshine effect is meaningful, Agarwal says, but it’s not likely to cause people to really blow their budgets. The bigger picture, he says, is how weather in general impacts consumer spending – and how shifts in weather patterns can impact the economy as a whole.

“If we think about what is happening to global weather, we’ve seen big shifts over the last 10 years,” Agarwal says. “Extreme weather will affect consumption. That will have an effect on GDP.”

“Somehow we tend to become more upbeat or the mood is brighter, and we tend to buy things we wouldn’t have bought, like better perfume or a better jacket.”

The sunshine effect study is only the latest to suggest that temperature and weather impacts what we buy and how much we spend.

Previous research has shown, for example, that car dealerships sell 5.4 percent more convertible automobiles on days when the temperature is 20 degrees higher than normal, that houses with swimming pools fetch an average selling price 0.2 percentage points higher than expected during the summer months and 0.16 percentage points lower during the winter and that a big winter storm can significantly trim consumer spending.

Still, temperature has a much more profound impact on consumer spending than does sunlight or precipitation, says Bill Kirk, CEO and co-founder of Weather Trends International, which offers year-ahead forecasts to help businesses better plan inventory.

“You buy sun care [product] in the spring when you perceive it to be spring,” Kirk says. “You could really have a cold, sunny, dry April and you’re not buying sun care.”

Even minor changes in temperature affects what we buy, Kirk says. A 1-degree temperature drop increases coffee consumption by 2 percent, while hot dog bun sales increase by 3 percent every time the temperature increases a degree.

Big retailers plan for this, but they make their buying decisions nine months to a year out, which is why consumers can score particularly good deals when a long stretch of unusual weather occurs, Kirk says. You may see huge discounts on winter coats after a warm fall, for example, as stores look to clear inventory because nobody is buying.

“The weather does funny things to spending in general,” but extreme weather can have a particular impact, says Glenn Fodor, senior vice president of competitive intelligence for payments company First Data.

“If you can’t spend because something happens, chances are you’ll spend at a later date.”

His firm studied spending patterns before and after two major hurricanes made landfall in 2017 along U.S. coasts. Retail spending increased in the week before Hurricane Harvey and Hurricane Irma hit as consumers prepared for the storms by stocking up at grocery and hardware stores. Spending then crashed 58.7 percent week over week in Houston and 55.7 percent in Florida at the peak of the hurricanes.

What’s more, gas purchases fell by double-digit percentages as the hurricanes hit, while prices spiked as much as 25 percent in some ZIP codes, First Data’s analysis of brick-and-mortar and e-commerce transaction data from more than 100,000 businesses found.

“By and large, spending does bounce back once the shock is over,” Fodor says. “People go back to their lives at a very quick rate.

“If you can’t spend because something happens, chances are you’ll spend at a later date,” he says.

How to prepare for changes in weather

One way to counter spending habits that change with changing weather or sunlight is to recognize how weather affects your mood and act on it. Agarwal suggests consumers can respond by restricting credit card usage during times of extreme sun.

R.J. Weiss, a Chicago-based certified financial planner who has written about how to cut down on winter spending, says planning ahead is key to maintaining spending discipline.

Make it fun by creating a list of cheap alternatives to shopping or dining out – activities that you enjoy that can counter unconscious spending urges brought on by weather.

“The goal is to make one good upfront decision that may prevent harmful decisions later on,” he says. “For example, if you tend to overspend when you find yourself out of the house, don’t take your credit cards with you. Try instead to just carry cash.”

Financial setbacks common, and we expect to pay with credit