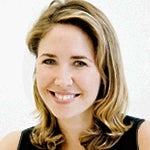 Through his seminars and best-selling books, Tony Robbins has advised millions of people on how to find fulfillment and success in life.

Now, he shares his secrets to investing.

After the crash of 2008, Robbins decided the average American needed a playbook on how to invest, avoid fees and build financial security even during stock market corrections and crashes. He interviewed 50 of the most successful investors in the country and put his finding down in his latest No. 1 New York Times best-selling book “Unshakeable,” released Feb. 28, 2017.

All profits from “Unshakeable” go to the nonprofit organization Feeding America, and each book sold provides five meals to hungry families.

Even if you’re in debt and your salary already feels too small, just a few hundred dollars a month invested in an index fund can create wealth you can tap when you are ready to retire. Robbins gives numerous examples in the book of how people who found a way to save a few bucks every day and invest it, ended up with financial security and a legacy to leave their children when they retired.

We sat down with Robbins for our “Charged Up! with Jenny Hoff” podcast.

This Q&A is a condensed and, in some cases, paraphrased version of the podcast, so if you want to hear all the tips, listen to the full Tony Robbins podcast.

Q: What made you want to write a book that focused on finance and wealth? What did you feel was missing for the average person who wants to become financially secure?

A: What I found in 2008 was that most Americans were not prepared for the crash and we may have another one. I’m not a negative person, it’s just reality. Today, is the eighth anniversary of the bull market. It’s the second largest bull market in history. We’re due for another one.  What I wanted to do in “Unshakeable” was bring you the best of what I learned over five years of interviewing the best in the best in the world of finance.

The book is focused on showing you that if you’re a millennial and you’ve got an amazing amount of debt from college and you think you’ll never be free or if you’re a baby boomer and you feel like it’s too late, that you didn’t start early enough, or if you’re Gen X and you are confused, I want you to see that your financial life can change for the positive, from the largest extent it ever has during the next crash. You want to be prepared and not only know how to protect yourself, but how to take advantage of it so you’ll be able to get to where you want to be.

When things melt down, you can make money faster than when they grow. So, when things crash and fail, which is what happens every five years, that’s the one chance for your kids, for you, for anybody you care about to jump to the next level, but you can’t do it if you’re fearful.

Q: You talk about the psychology of wealth in the book and how very nature is to get into a is to get out when things are going wrong, when the market is crashing. How do we change our very natural response to wanting to get out of something that looks like it’s a burning building and just stay in and hold on?

A: The only way you’re going to do this is if you know the truth. JP Morgan did a twenty-year study. Over the last 20 years, the S&P 500, the index, has gone up 8.2 percent a year, like clockwork on average, which means your money is doubling every nine years. That’s how people get wealthy. But, if you missed just the 10 best trading days because you’re out of the market in those 20 years, your 8.5 percent drops to 4.5 percent. If you missed the top 20 days, you get a 2 percent return per year. If you miss the top 30 days, just one and a half days out of each year in 20 years, you make no money even though you’re in the rest of the time. And the six of the 10 best trading days happen within one of the worst trading days.

Q: What if you get into the market and it crashes immediately?

At the end of 20 years, the Mr. Lucky had the most money. However, this is important, Mr. Unlucky only ended up with $14,000 less than Mr. Lucky because he stayed in the market and didn’t get out when the crash happened. The person who kept their money in cash earned nothing and in fact, their money lost value due to inflation.

The most important decision for your listeners, no matter how little money they have, is to decide they are going to become an owner of American business.

The most important decision for your listeners, no matter how little money they have, is to decide they are going to become an owner of American business.

Q: One of your biggest points in the book is the need to avoid fees. What if our investment vehicle is a 401(k), how do we know the fees and avoid paying too much?

A: More people have 401(k)s in the U.S. than have homes, so this is very important. You get your 401(k) and you’re asked where you want to invest. So, you look at the mutual funds on the list. Those funds aren’t there because they are the best performing or charge the least fees, they are there because they pay to be on there.

They may say they charge you a 1 percent expense ratio and you think those are all the fees. But there are typically about 17 other fees added on to that. The average traditional actively-managed mutual fund charged 3.12 percent. You may not think that’s a lot, but here is something to pay attention to: for every 1 percent, you pay above the minimum you need (usually 1 percent or a bit lower) you lost 10 years of retirement income. So, the difference between paying 1 percent and 3 percent in fees, due to compounding, is 20 years of retirement income.

Fees matter immensely. I did some research into this for my own employees and found a company called America’s Best 401(k). They ended up saving my employees $5 million. They still own the same funds and it didn’t cost us anything to switch over, they just pay a lot less in fees now.

Q: What if you’re getting your 401(k) through your work and they’re matching what you put into it? Do you still have any power to change whatever system that they’re using and the fees that you’re paying?

A: Most business owners don’t know this, but they are considered your fiduciary when it comes to your 401(k) and a law that went into effect a few years ago says they have to benchmark your company’s 401(k) against the best in the business. There are thousands of audits now happening with companies paying hundreds of thousands of dollars in fines because they don’t know this rule and don’t follow it.

So, if you check out the site where you can see the fees and sit down with your boss and tell them about this law and what you’re paying in fees, they will likely listen. They are probably invested in the 401(k) too, so they will be thrilled to find something with less fees.

Q: I want to get to the last part of your book which is fulfillment and finding fulfillment outside of just wealth. Can you briefly touch on that and talk about where we can get this sense of fulfillment right now in our lives as we build toward financial independence?

A: I’ve interviewed more than 50 billionaires and I’ve dealt with 50 million people over the last 40 years with what I do and I can tell you money does not make you happy.

When you make less than $100,000 a year, more money can make a significance difference in happiness, but all the research shows that above $100,000 it doesn’t make much difference.

Our brain is always looking to survive, but it’s not looking to make you happy. That’s your job.

The last chapter of “Unshakeable” is about real wealth. It’s showing you how to break the pattern of this 2-million-year-old brain that we all have. Our brains are 2 million years old and they haven’t evolved as fast as the world has. This part of our brain is always looking to survive but it’s not looking to make you happy. That’s your job.

I teach you a series of tools and a meditation that I put online for you, where in two minutes you can end that feeling of suffering or frustration or stress. And I talk about how to really shift your mindset so that you really have joy today while you’re getting more money, not waiting for some time in the future to feel rich and alive.

Jenny Hoff is a former managing editor of video at CreditCards.com.