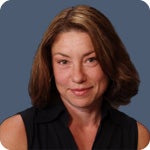 A credit card contract with 17-year-old is likely not enforceable — with some exceptions. However, continuing to run up debt on that card raises some tricky moral and ethical questions.

Dear Opening Credits,
I was 17 years old when sales associates at two stores coaxed me into signing up for store credit cards. They entered in a false birth year to make me eligible for the cards. They didn’t even ask for a state ID, which I didn’t have until I was 18. Am I liable for these debts? — Was a minor

Dear Was,
It pains me to write a response to your question. Allow me to answer, then I’ll tell you why I’m struggling.

When consumers get credit cards, they enter into contracts with lenders. The contracts spell out the terms and conditions of the agreements between lenders and borrowers, such as payment schedules and interest rates. With credit cards, the common practice is for card issuers to send the contract in the mail with the card. Consumers don’t actually sign the contracts, but they agree to their terms by using the cards.

While laws vary from state to state, credit card contracts entered into by minors — in most states, that’s someone younger than 18 — probably won’t be enforceable in court. In fact, if a minor enters a contract with an adult, minors can often void the contracts, though adults cannot do the same. The thought is that minors may not be able to understand the consequences of contracts until they are over whatever age a given state deems the age of consent.

There’s one additional twist: Some states grant adulthood, and the right to enter into contracts, to “emancipated minors”  — children who have been freed of control of their parents.

“Legally, I don’t see how a minor, regardless of how they participated in it, could be held responsible for the debt,” says Robert E. Duff, a consumer law attorney with Indiana Consumer Law Group.

Your situation could be unique, however. If an issuer claims that you willfully misrepresented yourself in signing up for the card — as opposed to being coaxed, as you claim — the card company could sue you for fraud. If you’re found guilty, you may be forced to pay for whatever charges you made. Experts say that’s unlikely, however.

Also, Duff says if you made charges on the card after you turned 18, the lender might argue that you were responsible, but if the only charges were made when you were a minor, you’re likely off the hook, legally. It is possible that the lender could try to take you to court for charges you made when you were 17 — saying that by continuing to use and make payments on the card after the age of consent, you’re essentially ratifying the terms of the contract — but Duff says it’s highly unlikely the lender would win because the contact was signed when you were a minor. (Again, laws vary by state.).

Still, those accounts will probably appear on your credit report. If you’re not legally responsible for them, you’ll want to have them removed.

To do that, you’d need to contact each of the credit reporting agencies to dispute the credit accounts. You should include a letter that states how the debts were incurred, how you first got the credit cards and that you were a minor when you entered into a contract. Ask that the debts be removed from your reports.

The credit reporting agencies have 30 days to investigate your dispute. They’ll send a communication to the lenders, and if the lenders don’t respond, the disputed items must be deleted from your report.

If the lenders respond by saying the debt is accurate, Duff says you can try to dispute it one more time, but you’ll probably see the same result.

“At that point, the only way to get it correct is to file a lawsuit under the Fair Credit Reporting Act,” Duff says. “The case would probably get resolved fairly quickly after it was filed.”

That’s the answer to your legal question. To me, the moral question is one that can’t be ignored. That’s what’s got my hackles up. Way up.

At age 17, I’d say you were probably old enough to understand the difference between right and wrong. Perhaps your spending went beyond what you could afford, and maybe this was your first hard lesson about managing money. To me, if you made those charges — assuming you weren’t hampered by a diminished mental capacity at the time — you should be held responsible for the debt.

Sure, the sales associates were wrong. Sure, the credit card companies never should have extended you the credit. (Duff guesses you were approved back before the current economic crisis, when credit card companies, flush with cash and profits, would issue credit to just about anyone with a pulse without proper background or credit checks. If it happened today, you probably wouldn’t be approved for the cards.) That still doesn’t make it right for you to step away from a debt that you know you caused.

Maybe I should encourage my 10-year-old daughter to get a credit card or two. We could buy a new wardrobe for the family, add a big screen TV, or get that cell phone she’s been wanting. Perhaps I could suggest she send me and my husband on a beach vacation filled with umbrella-decorated pink drinks and white-glove service. Then when the bills arrive, we could tell the lenders that she’s only 10: How could she be responsible? When those accounts are closed, I could try it again with my 7-year-old. And then my 4-year-old. He knows how to write his own name now.

Despite the big money many colleges earn from making deals with card issuers, some schools and states are clamping down on giving banks access.