Your rights when dealing with canceled flights 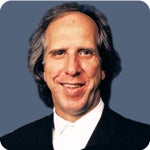 When your flight is canceled, you might be surprised to find that the airlines aren’t legally required to do much to accommodate you.

Dear Cashing In,
I recently took a trip where the flight I booked with American Airlines miles was canceled. The agent switched me to a much later US Airways flight. During my wait, I discovered that Southwest Airlines had a flight out that was much earlier than the US Airways flight, but the agents told me that they don’t “partner” with Southwest. I was offered half my fare in a refund, but the Southwest flight was $200 more, so I stayed with the US Airways reservation. I thought airlines were required by law to put you on the next flight of any airline flying to your destination when a flight is canceled. What’s the truth? — Carol

Dear Carol,
Many readers will likely be faced with similar situations when traveling this summer. Let’s take a look at the rules for canceled flights.

There are no federal requirements requiring airlines to do anything for canceled flight passengers other than to try and speed them on their way. However, each airline has its own policies about what it will do for delayed passengers, which makes it all that much more confusing. Compensation and other rules are required by law only when you are “bumped” from a flight that is oversold.

Airline cancellations aren’t unusual, and my best guess is that in this situation, American Airlines does not have an “interline” agreement with Southwest. An interline agreement is a voluntary commercial agreement between individual airlines to handle passengers traveling on itineraries that may include both airlines. American does have such an agreement with US Airways, which is why it was easy to transfer your reservation to that airline.

And then, of course, is the difference in airfare. As you note, it would have cost American more to put you on the Southwest flight. The cancellation rules for American Airlines are as follows:

The key here is American would obviously be looking to rebook you at the same fare class that you were with on American, and based on the fare difference you mentioned from Southwest, it would appear that that same fare class was not available on Southwest.

Regardless of the scenarios, the truth is you have no actual rights, but if you can talk a good story or appear to at least know some of the terminology noted below, you may at times find yourself getting the best of the airline.

Many years ago, the airlines fought off government intervention in basic customer service rules and volunteered to “implement” their own policies designed to help customers in these types of situations. It is referred to as the “Customers First — 12 Point Customer Service Commitment.” The sections regarding cancellations and your rights follow:

“Notify customers of known delays, cancellations and diversions. Each airline will notify customers at the airport and on board an affected aircraft, in a timely manner, of the best available information regarding known delays, cancellations and diversions. In addition, each airline will establish and implement policies for accommodating passengers delayed overnight. A clear and concise statement of airlines’ policies in these respects will also be made available to customers.

“Disclose travel itinerary, cancellation policies, frequent flier rules and aircraft configuration. Each airline will disclose to the customer: (i) any change of aircraft on a single flight with the same flight number; (ii) cancellation policies involving failures to use each flight segment coupon; (iii) rules, restrictions and an annual report on frequent flier program redemptions; and (iv) upon request, information regarding aircraft configuration, including seat size and pitch.”

See related:Do you lose your miles if you cancel your rewards card?, Canceled flight? Want your miles back? Good luck!, Multi-airlines cards versus single-airline cards

How to decide when to dump your rewards card for another

With so many bonus sign-up rewards cards out there, it becomes difficult to decide when it’s time to dump your old card for a new one