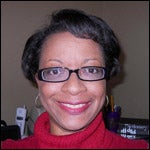 Swiping a credit card has replaced tearing a ticket stub as the mode of entry to a growing number of entertainment events. No card? No entry

Swiping a credit card has replaced tearing a ticket stub as the mode of entry to a small but growing number of entertainment events — from Miley Cyrus concerts to the NCAA Men’s Final Four. But the practice has critics complaining that the new systems exclude unbanked consumers and inhibit competition.

Over the past few years, some performers, sports teams and venues have opted to use only paperless tickets for at least some of their ticket sales. The major ticket issuers Ticketmaster and Veritix (whose paperless ticket site is called Flash Seats), offer the option to clients whose tickets they sell. Among those that have gone digital: Justin Bieber, Keith Urban, Bruce Springsteen, the Detroit Lions and the Houston Rockets.

Getting carded
With paperless tickets, you must use a credit or debit card to purchase a seat either online or in person. You get into the event by showing a photo ID and swiping the same card you used to buy the ticket.

Because paperless tickets can’t be purchased with cash or a check, some fans will find it difficult to gain access — or at least the most desirable seats — at popular events. Depending on the venue, you may be able to use a prepaid debit or gift card, but they’re not officially supported by Ticketmaster or Veritix.

That’s prompted a chorus of complaints from consumer groups. “There is a significant portion of Americans who are unbanked or underbanked, who simply don’t have a credit card or debit card,” says John Breyault, vice president of public policy for the National Consumers League. “They’re probably out of luck.”

Veritix representative Meagan Manning says her company offers other options. “Our system supports the use of any identification that is tied to a specific person, such as credit cards, debit cards, driver’s licenses (in states where they have a magnetic, computer-readable strip), and a Mobile ID, which is available through our phone app.”

Paperless tickets are not new in the retail world. Many air travelers buy tickets online with a credit card and use the card to check in at airport kiosks. But Breyault says there’s a key difference between airline e-tickets and digital entry to a game or concert. “If I want to fly to New York, I probably have a dozen airlines I can choose from and 10 different times I can choose from,” Breyault says. “On a concert, it’s different because there’s usually only one show with a specific date in a specific location, so there’s not much competition.”

Buyer be there
Even if you have a credit card or other acceptable form of ID, you may find paperless tickets limiting. For instance, you can’t easily buy a paperless ticket as a gift for someone, since you would need to appear at the venue yourself in order for the recipient to enter. Buying concert tickets for your kids? You’ll have to park and wait in line to get them into the show. And if you’re going to a game with a group of friends, you may need to wait for the person who purchased the tickets to show up with his or her card. If the buyer has to cancel or is delayed, everyone else could be in a jam.

Veritix allows you to transfer tickets to friends via Flash Seats accounts. Ticketmaster offers a similar capability — sometimes. It all depends on the event. If an artist, team or venue decides not to allow transfers, the transfer functionality is not available.

“Identity-based ticketing is really the core concept,” says Veritix CEO Samuel Gerace. “Most fans don’t want to have to carry evidence of their right to enter an event.”

In its promotional materials, Veritix says another benefit of its digital Flash Seats is “allowing teams and venues to regain control of their secondary markets.” That’s because you can only resell a paperless ticket bought through Veritix on its website.

Critics see that as stifling market competition and limiting consumer choice. They include the National Consumers League, Consumer Action, the American Antitrust Institute and the National Association of Ticket Brokers, which represents secondary market online dealers including StubHub.

“The more they can control the secondary market, the easier it is to, for example, meet the star’s criterion that [tickets] be no more than a certain price,” says Marianne Jennings, a professor at Arizona State University’s W.P. Carey School of Business and an advocate for an unrestrained secondary ticket market. “Public perception is important, and they don’t want to overprice. But it’s the secondary market that’s where the money is, and it has been for centuries — since the time of Shakespeare. Secondary ticket sellers are pricing at what the market will bear.”

In response to those complaints, Gerace compares the purchase of an event ticket to buying a share of corporate stock through the company’s officially designated exchange.”What we have is a platform that authenticates transactions,” Gerace says. “As long as it’s an open market, as ours is, then fans can set fees. They can set an ‘ask’ price, and other fans can bid lower if they think that ask is too high.”

Legislative battle
Laws have been proposed in several states to restrict paperless ticketing, but so far only New York has passed such legislation, Breyault says. All events using paperless ticketing in New York State must provide consumers with the option to purchase a paper ticket.

Paperless tickets are a long way from taking over the entertainment market, but Breyault says their use is trending up. “I think it’s still a relatively small portion of total ticket sales, but you’re seeing more and more artists getting interested, and more and more tours starting to look at paperless tickets,” he says.

New services promise to make using your phone for small and casual transactions more convenient and secure. The dream: transferring money to your friends will be as easy and quick as sending an email or text message