Not all issuers allow you to opt out of rate increases 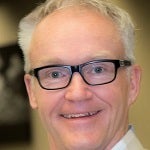 When hit with a sudden increase to your APR, most card companies allow you to opt out, keep the old rate and pay off the balance, but not all are so kind.

Todd Ossenfort has been chief operating officer for Pioneer Credit Counseling since 1998. He writes our weekly “The Credit Guy” column, answering reader questions about credit counseling and debt issues.

Dear Credit Guy,
American Express recently raised my rate from 6.99 percent to 9.99 percent on my Blue from AmEx card. I did not know of the hike until I received my Jan. 2009 statement. I called to inquire and was told that my November 2008 statement, pages 7 and 8, listed all of the new changes. I looked at my November statement and pages 7 and 8 don’t exist. I asked for a duplicate and sure enough, there it was. However, there was no opt-out option. I called to discuss the matter and was very disappointed with their response. The representative told me that Amex does not offer an opt-out option and that they can raise my rate at any time, for any reason, and to any amount. I was floored. I have never been late and never missed a payment. I have impeccable credit. They also apply the new rate to existing balances. I understand 9.99 percent is still a good rate, but how can I be sure that it won’t go to 30 percent next month? Even if I cancel the card, they are telling me I have to pay off my balance at the new rate. Is it legal not to offer an opt-out option?  — Mike

(Update: On Aug. 20, 2009, provisions of the Credit Card Act of 2009 went into effect that mandated consumers be given the right to opt out of increases in interest rates, fees, finance charges and certain other changes in credit card agreements. See story.)

Dear Mike,
I did some research and I could not find in any of the federal consumer credit laws a regulation that requires credit card issuers to offer an opt-out option for changes in credit card agreements. The Truth in Lending Act, Regulation Z has many regulations pertaining to disclosure of changes in agreements, but does not specifically address consumers’ rights to opt out.

The Credit Cardholders’ Bill of Rights Act of 2008, which would have been an amendment to the Truth in Lending Act, does not include a provision for the right to opt out of a change in terms of the cardholder agreement, either. The bill was passed by the U.S. House of Representatives in 2008, but died when the 110th Congress ended in December 2008 with no action from the Senate. Its House sponsor, Rep. Carolyn Maloney of New York, has reintroduced the bill.

‘Credit CARD’ act reintroduced
Another legislative remedy is being considered that would require an option to opt out of rate increases. Sen. Christopher Dodd of Connecticut on Feb. 11, 2009, reintroduced The Credit Card Accountability, Responsibility and Disclosure Act (“the Credit CARD Act”), intended “to better protect consumers from confusing, misleading and predatory practices by credit card companies.”

Among other things, the act would restrict card issuers from using their current ability to change rates on existing balances at any time, for any reason. The bill, which got its first hearing before the Senate Banking Committee (which Dodd chairs) would, among other things,

Current practices
However, it is just a bill at this time and would have to clear several legislative hurdles before becoming law.

Under current practice, most card issuers voluntarily allow their cardholders to opt out of a change in agreements, close their accounts and continue to pay any balances due under the original terms.

American Express is obviously one of a few card issuers that does not allow you to opt out. That fact was most likely included in the fine print of your original cardholder agreement. Even if you read the agreement carefully before signing, sometimes the way a section is worded can be confusing or unclear.

You are not, however, left without any options. American Express may not allow opting out of changes in your agreement, but the card issuer cannot keep you from exercising other alternatives. For example, you could:

Take care of your credit!

Does a personal finance problem have you worried? Monday through Saturday, CreditCards.com’s Q&A experts answer questions from readers. Ask a question, or click on any expert to see their previous answers.

Sally Herigstad,
“To Her Credit”

In The Credit Guy

Income down, bills up. Time for credit counseling?

When faced with spiraling debt, seeking advice from an accredited debt counselor will help you consider your options.