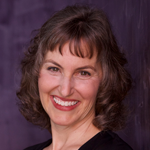 In 1966, MasterCard and Visa got their start; credit world dramatically different now

Try to picture life without your credit cards: specifically, your Visas and Mastercards. For that matter, imagine away your debit card, too. Wallet looking a little thin? Financial options feeling a bit narrower? Gripped by a sudden need to locate your checkbook and visit your local bank branch?

Welcome to the world of 1966. A half-century ago, the modern credit card industry was born. Bank of America started licensing its popular BankAmericard to banks across the country, creating the nation’s first general use credit card. Meanwhile, a separate group of bankers, who did not want to be beholden to the California financial behemoth, formed a consortium to accept each other’s credit cards. That consortium was called the Interbank Card Association, and it would create a piece of plastic labeled MasterCharge.

BankAmericard has since morphed into Visa, and MasterCharge is known as Mastercard, but the impetus that created both continues to shape American economic habits: for better or for worse, to provide the everyday consumer with a ready line of revolving credit.

Today, many consumers can finance purchases ranging from a bag of groceries to an SUV, by reaching into their wallets and withdrawing a slim rectangle of a card. They can – and do – launch small businesses on the backs of credit lines provided by credit cards. They also can – and do – get into debt. Total U.S. outstanding revolving debt, which is chiefly made up of credit card balances, was $981.3 billion as of October 2016. That’s a rise of $43 billion since the start of the year.

So how did we get here? It started with the desire for easier, quicker, credit. Credit has always existed, but it used to be harder to get, said Rowena Olegario, a senior research fellow at Oxford University in England, and author of “The Engine of Enterprise: Credit in America.”

Back in the 1940s and 50s, department stores issued credit cards, but they could only be used for purchases at the issuing store. If someone needed money for another kind of purchase or payment, he could get a small loan from a personal loan company (a loan often backed by his wages); a loan shark, illegal operators who often charged exorbitantly high interest rates; or his local bank. Before the bank would loan him money, however, he’d have to have an interview with the bank manager, fill out reams of documents and provide personal references, Olegario said.

Enter credit cards. The first attempts at a national card were cardboard ones issued in the 1950s by American Express and Diners Club. But these were for travel and dining purposes and primarily aimed at businessmen, said David Evans, Boston-based chairman of the Global Economics Group, an economics analysis company, and author of “Paying with Plastic: The Digital Revolution in Buying and Borrowing.”

Many banks wanted to get into the credit card business themselves, but regulations meant that a bank in, say, Philadelphia, could not issue a credit card that could be used in Pittsburgh, if the bank did not have a branch in Pittsburgh already.

Bank of America could circumvent that restriction, Evans said, because it had branches all over California, where it was based, “and California is the size of a country.” The bank issued its first cards in Fresno in 1958. By 1966, the enterprise had reached such a scale that it was able to start licensing the card to other banks around the country.

But some bankers didn’t want to be dependent on BofA for a credit card. Thus, MasterCharge came into existence that same year. Said Douglas Freeth, vice president of Marine Midland Bank in Buffalo, New York, (since acquired by HSBC): “What are we and others in the credit card business to do – stand by and watch developments – or take the initiative and meet the threat, whatever it may be, head-on?”

Of course, there were a few differences between the credit card business of then, and now. For one, many banks initially mailed out actual cards, with credit lines already attached to them, to all or most of their customers, regardless of credit history. Some families got as many as eight or 10 cards, said Louis Hyman, an associate professor of labor relations at Cornell University and author of “Borrow: the American Way of Debt.”

“Horrible debt losses” arose from this practice, until a 1970 amendment to the federal Truth in Lending Act put a stop to it, he said. The law forbids mailing unsolicited credit cards.

It also took a while for the revolving credit part of the equation to gain much traction. “Most customers understood these credit cards as simply charge cards – those bills are going to be paid back within the month,” said Charles Geisst, an economics professor at Manhattan College and author of “Beggar Thy Neighbor: a History of Usury and Debt.”

Banks, too, assumed their cards would mainly generate revenue through the fees paid by merchants. This began to shift after a 1978 Supreme Court decision defanged state usury laws. Those laws had tied credit card interest rates to legal ceilings set by the governments of individual states. After the decision, banks could instead charge whatever the market would bear, and rates began to climb accordingly.

Still, the banks retained some degree of caution about who could get a card, and how much credit would come with it – until the 1990s, when banks began to securitize the debts for the cards, Hyman said. In other words, rather than hold the debt on their own books, banks began rolling the debt into bonds and selling those bonds on the open market. Released from the restraints of their own balance sheets – and even encouraged, by the appetite of the bond market, to offer as many cards to as many people as possible – banks vastly expanded the availability of credit cards. The American economy paid the price in 2008, when the recession led to a multitude of credit defaults, Hyman said. “There was a pullback, but since then [the availability of cards and credit] has risen again,” he said.

The 1990s also saw the birth of the debit card, which essentially allowed Visa, MasterCard and other debit card issuers to collect merchant fees when customers wanted to pay in cash rather than credit, Evans said. The last 50 years have also witnessed an increasing push for card security, culminating in 2015’s rollout of cards with EMV chips.

The cumulative effect of all these changes has been to create a consumer landscape that Americans of a half-century ago would barely recognize. Today, it’s astonishingly easy to grant yourself a loan, whenever you need it – but the interest rate on the debt may very well have been illegal in many states in 1966. There’s also no need to carry cash or a checkbook, so long as you have a debit or credit card in your wallet.

“The true innovation,” Evans said, “is not the piece of plastic. It’s that you can create this account and use it to foster transactions between merchants and customers in the economy.”

APRs to go up as Fed raises interest rates