Travel with cards, mobile apps only? Not so fast; you’ll still need cash 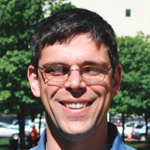 Ready to leave cash behind while traveling abroad, relying only on credit cards and mobile apps? Not so fast. Here’s why you still need to bring along some good old cash.

Want to travel the world without cash, relying only on your credit cards and mobile payment apps such as Google Pay and Apple Pay?

Not so fast. Much of the world isn’t yet ready for cashless travelers.

Tim Leffel, Tampa-based author and editor of the Cheapest Destinations Blog, said traveling internationally, or even throughout much of the United States, without cash is a mistake.

“Apart from the most advanced parts of Europe, the United States, Canada, Japan and Korea, it would be extremely difficult to travel without cash, downright foolhardy, actually,” Leffel said.

Other travel experts agree: You still need some cash when traveling. Relying only on credit cards and mobile payment apps is a mistake.

See related:Get cash while traveling abroad, with no fees

Cards versus cash while traveling abroad: A quick guide

Issues you may encounter with your card abroad

Even if you are traveling to a country where credit cards and mobile wallets are accepted most everywhere, never travel without at least some backup cash, said Keishi Nukina, a Tokyo-based travel and aviation blogger for KNAviation.

Nukina says that she travels from 80,000 to 135,000 miles a year and has been to more than three dozen countries where credit cards are nearly useless.

Even in countries where credit cards are widely accepted, Nukina said, she’s run into problems that made her glad she had cash.

In such cases, backup cash is an important safety net, Nukina said.

“My rule is simple: No matter how prevalent credit card acceptance is, always carry cash for at least a day or two worth of expenses,” she said.

If you already set up your mobile wallet on your smartphone and use it regularly to make purchases in the U.S., that might prove difficult to do overseas.

While mobile payments at register are slowly climbing in the U.S., the number of countries where you can pay with your phone is still limited.

Ruiz points to a trip to Buenos Aires she took last year. She needed cash to purchase items at a market where the vendors didn’t accept credit cards. Ruiz walked to the nearest ATM, but found it wasn’t working.

She walked to the next ATM, which wasn’t working, either. Neither was the next, nor the one after that. In all, Ruiz spent more than two hours searching for a working ATM. She eventually gave up.

“I guess Argentina didn’t want my money that day,” Ruiz said. “But that’s an example. You’d think it’d be easy to get cash in a big city like Buenos Aires, which is considered the Paris of South America. But it doesn’t always work out that way.”

That’s why Ruiz always makes sure she has cash before she leaves the airport in whatever destination city she arrives.

Tip:If you plan to withdraw foreign currency from foreign ATMs, don’t forget to bring your debit card along. Withdrawing cash from an ATM using a credit card carries cash advance fees and high interest that is charged the moment the cash is withdrawn.

Laura Longwell, a Philadelphia photographer and owner, along with her husband, Lance, of the Travel Addicts blog, says that she, too, prefers using credit cards when traveling.

But she warns that relying solely on credit cards when traveling by train can be a challenge:

Don’t forget to be chip-and-PIN ready

U.S. travelers might also find it challenging to use their cards because of the different ways in which they operate in other parts of the world.

Longwell recommends travelers contact their credit card providers before taking their trips to request a chip-and-PIN card. However, not all issuers carry them.

“Sometimes you will need that PIN,” Longwell said. “The worst situation is to be caught in line somewhere and your card isn’t working as you expected. Having that PIN is the No. 1 way to avoid that.”

One more downside to relying solely on credit cards? It makes it much harder to tip the service personnel who bring you your meals and clean your hotel rooms. It’s far easier to tip these workers with cash.

This might not seem overly important to you. But tips are critical for these workers, and conscientious travelers should tip for good service, said Cory Sarrett, consultant with La Galerie Hotel in New Orleans.

See related:Poll reveals who are the best, worst tippers

As Sarrett puts it, “tipping is super important” for service workers in both the United States and abroad.

Sarrett recommends that travelers rely on a combination of credit cards, mobile apps and cash when vacationing.

All three methods have positives and negatives, and having access to each will help ensure that your vacation is a stress-free one, he said.

Dan Rafter has covered personal finance for more than 15 years for publications ranging from The Washington Post and Chicago Tribune to Wise Bread, HSH.com and MoneyRates.com. His work has also appeared online at the Motley Fool, Fox Business, Huffington Post, Christian Science Monitor and Time.

Is it worth it to transfer miles with the Capital One Venture card?

We take a deep dive into how transfer options with the Capital One Venture card compare to other point transfer cards.