Getting the best exchange rate abroad 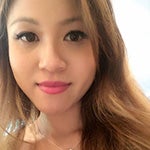 Credit and debit cards offer the best rates for purchases, but there are a few pitfalls to avoid

You’re headed overseas for vacation, but you can’t tell what your best bet is when it comes to spending. Should you convert some cash at your bank or the airport, withdraw from an ATM once you get there, or try to stick mostly to credit?

To get the best currency exchange rate, swiping your credit or debit card for purchases when overseas is probably your best bet.

Regardless of your credit card issuer, credit card exchange rates are the same across the board because they’re determined by the major networks — Visa, MasterCard and American Express.

“A lot of people are suspicious about tricks and traps credit card companies set in our way, but when you’re talking about the best currency conversion rate, it’s without question credit and debit and the networks that set the rates,” says Joe Ridout, manager of consumer services at Consumer Action, a nonprofit advocacy group dedicated to consumer affairs.

When you swipe your card while abroad, your card’s network processes it using a rate that’s close to the current market rate and sends the final figure to your issuer, he explains. “It’s extremely close to what the true rate is. It’s far superior to what you’d get at a bank or a currency exchange shop or if you’re changing at the airport,” he says.

He says the card network rates are 5 to 10 percent better than those offered by financial institutions such as bank branches that convert currency. It’s an even bigger spread when comparing to exchange shops on the street or in the airport.

“If you do it through some money-changing kiosk, rates will be even worse than the banks,” warns Rick Ingersoll, founder of the blog Frugal Travel Guy. He’s a retired mortgage banker in South Carolina who has traveled to more than 70 countries and took an around-the-world trip with his wife. Each time he travels, he relies on his credit card.

Ridout suggests that Visa and MasterCard are able to secure such competitive rates because they have lower overhead costs than, say, an exchange kiosk that has to be staffed. The networks are also converting currency in large volumes.

Visa and MasterCard say they give consumers “wholesale currency market” or “government mandated” rates that are set either the day before or on the day the transaction is processed. “Conversation rates are set daily, except weekends and select holidays, for the more than 160 currencies Visa supports,” spokeswoman Connie Kim said in an email.

American Express says it doles out a fair market rate to its clients, too. “Unless a particular rate is required by law, we will choose a conversion rate that is acceptable to us for that date. The rate we use is no more than the highest official rate published by a government agency or the highest interbank rate we identify from customary banking sources on the conversion date or the prior business day,” spokeswoman Jane Di Leo said in an email.

“This rate may differ from rates that are in effect on the date of your charge. We will bill charges converted by establishments (such as airlines) at the rates they use,” she noted.

To take advantage of the savings you get by using a credit card abroad, steer clear of these traps:

When you’re making a purchase with your debit or credit card, and the terminal prompts you to choose between U.S. dollars and the local currency, don’t opt for the conversion, Ridout says.

This is called dynamic currency conversion. “You sometimes will be offered a prompt or a suggestion by the merchant to convert the purchase into dollars before you buy. You should never do that,” Ridout warns.

Choose the local currency and you’ll get your credit card’s rate, instead of the merchant’s rate, which is usually not as favorable.

Ridout notes that using your debit card to withdraw cash overseas also offers exchange rates that are nearly on par with the market rate. Just make sure you aren’t getting hit with too many ATM withdrawal fees. These are usually a flat rate per withdrawal.

Some banks and credit unions will reimburse you up to a certain amount for any ATM fees you’re charged for, Ridout says. Others will waive fees if you use ATMs at affiliated banks, so ask about both options before you go.

Holly Johnson, a personal finance writer and founder of the blog Club Thrifty, goes abroad a few times a year and says she waits to get cash for small purchases until she arrives at her destination. Then, she uses a debit card that waives fees for using certain ATMs and she only withdraws enough to get her through the trip.

After that, she relies on a credit card that doesn’t charge foreign transaction fees. “It’s less of a hassle to use credit when you’re traveling abroad. Almost everywhere you go, they will take Visa, MasterCard or AmEx and you can avoid fees and the dreaded task of changing your money back when you get home,” Johnson says.

Unless you have no other choice, avoid using your credit card for a cash advance overseas. While the exchange rate will be good, you’ll be hit with cash advance fees of 3 to 5 percent on most cards. Plus, interest will begin accruing immediately and the interest rate will be as much as 7 percent above your purchase APR.

In Cashing In Q&A columns

Rewards earned via business spending are tax-free, for now

The IRS has been consistent in its interpretations, but increasing complexity could prompt changes