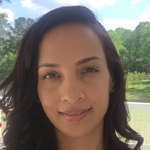 The U.S. Court of Appeals rejected the U.S. Department of Justiceâ€™s (DOJ) request to overturn its decision to allow American Express to stop merchants from promoting rival credit cards that charge lower fees.

The U.S. Court of Appeals has rejected the U.S. Department of Justice’s (DOJ) request to overturn its decision to allow American Express to stop merchants from promoting rival credit cards that charge lower fees.

On Jan. 5, 2017, the appeals court let stand its Sept. 26, 2016 reversal of a lower court’s ruling that struck down Amex’s “anti-steering” rules, according to Reuters.

As we previously reported, nondiscriminatory provisions (NDPs) found in American Express’ merchant contract are at the heart of the lawsuit. These provisions bar merchants from offering cardholders discounts and incentives for using cards that are less costly to the merchant, expressing preferences toward particular cards or disclosing the costs that merchants pay to accept individual cards.

In 2010, the DOJ and 17 state attorneys general filed a lawsuit claiming that American Express was in violation of federal antitrust laws due to the NDPs in its merchant agreement. The DOJ claimed that the restrictions obstruct merchants from using competition to keep card fees from increasing. Visa and Mastercard, which were named in similar suits, settled in 2011 by agreeing to alter their rules.

U.S. District Court Judge Nicholas Garaufis ruled in favor of the DOJ in 2015. However, the ruling was overturned by the three-judge panel of the Court of Appeals in 2016, citing that Judge Garaufis’ decision was based largely on the merchants’ perspective, and ignored any possible benefits to the cardholder.

The Jan. 5 ruling is in direct response to a filing made by the DOJ in November 2016 that asked the federal appeals court to reconsider the previous anti-trust decision. The DOJ stated that the court erred by focusing on how American Express’ policy affected both customers and merchants, instead of how it affected merchants alone.

The Retail Litigation Center (RLC) and the National Retail Federation (NRF) were also in support of the filing, stating that the rules are an antitrust violation that hinder merchants from winning lower fees from the nation’s major credit card companies.

“While intense competition is a hallmark of the retail industry, it is largely absent from the credit card market where fees continue to skyrocket,” Deborah White, president of RLC, stated in a press release.

Mallory Duncan, senior vice president and general counsel of NRF, added, “All swipe fees are too high, but American Express fees are among the highest. That’s their choice, but they should not be allowed to stand in the way of retailers simply asking their customers if they have another card.”

What’s the next move?

It is not yet clear whether the DOJ will continue to pursue its suit against American Express. However, they have the ability to take the case to the U.S. Supreme Court, if they so choose.