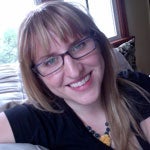 Credit cards inspire passions, from the joy that an impulsive purchase can bring to the despair wrought by being unable to pay. So it’s not surprising they inspire artists, too.

They discussed the motivations and messages behind their work — and also revealed their secrets for how to properly mangle a card for artistic manipulation.

If art imitates life, as Oscar Wilde famously said, perhaps it’s fitting that credit cards are providing the inspiration for some truly innovative artwork by an array of 21st century artists.

They discussed the motivations and messages behind their work – as well as revealed their secrets for how to properly mangle a card for artistic manipulation.

As an environmental artist who works with materials that people typically throw away, Bryan Holsenbeck gets a fair share of castaway items donated to her.

That was the case with a retired credit counselor Holsenbeck knew who had been saving up credit cards that had been paid off by his clients at a woman’s center. He presented a jar of cards to her and asked to commission a mosaic. That was her first foray into credit card objets d’art, which now represent a large portion of her body of work.

Over time, more and more cards were sent her way, some from strangers who essentially were entrusting her with their financial information.

“I had them sorted by colors, so I made some lizards and some reptiles,” she said. The North Carolina Arts Council invited her to create a state bird for the White House Christmas tree one year, and she created a chickadee out of the cards. The birds now sell on her website for $85.

“I don’t think we even understand how impactful credit cards are,” said Holsenbeck, who recently lost her wallet and recalled the panic feeling that “if somebody else has [your credit card], it’s like a powerful object that they have.”

Los Angeles-based Cain Motter’s credit card artwork started in 1994, as he was growing increasingly angry with the companies who he feels deceptively started him on the path of credit card debt.

As a college student, Motter applied for credit on the advice of his bank. “They [a credit card company] sent me a check for $50, and they made it seem like it was a gift,” he said. He cashed the check, only later to find out that it was a cash advance, with interest attached.

Motter had an epiphany one night when, in a moment of frustration, he held a card to a flame. “All the sudden it flopped down. I heated it again and stretched it, and it stretched significantly,” he said. Voila. Instant malleable canvas.

“When I get frustrated, that’s when I really like to do my art,” said Motter, whose pieces include a grim-reaper-style figure atop a tombstone made of a credit card, a man reaching through the bars of a credit card-shaped jail and a life-size credit card guillotine which he includes in his street performance art.

Motter said he hopes to see his pieces enshrined at a museum one day, predicting that one day the credit card will be a thing of the past. “I don’t think the citizens are going to allow the banks to operate the way they have been operating,” he said. “I feel very strongly that I need to use whatever skills I have to express my opinion. Right now is the time to step up, is the way I feel.”

Like Holsenbeck, Amy Orr is an artist whose work involves “post-consumer materials,” or as she says, “I collect materials and try to make things beautiful that have been originally viewed without beauty or as a waste product.”

Her latest project is a 48-by-24-by-24-inch scale 1950s Colonial house made of “thousands and thousands” of credit card fragments.

While not necessarily taking a political stance on credit cards, Orr is struck by their beauty. “There’s so many of them, and the colors are marvelous, and they glitter and shine and you can’t get rid of them,” she said. “They’ve got little pieces of history on them and stories they carry with them.

In Orr’s house, each room functions as a metaphor for some feeling or idea. For example, there is a room constructed with cards featuring patriotic symbols and another with symbols of wealth, such as diamonds and silver, glittery cards.

“My story isn’t necessarily about bad consumerism,” Orr said. “We all use credit cards. We use them for every aspect of communication and interaction. They speak certainly about health insurance, they speak about access \u2026 the different levels of cards speak about society and the haves and have-nots.”

A calligrapher and painter based in Jacksonville, Fla., Martha Lever was pleasantly surprised by what happened about 10 years ago when she picked up a credit card and dragged it through some paint.

“I just started pulling some paint around on the paper and started seeing what beautiful stripes [the card] made,” she said. She went on to sell an abstract cross painting using the technique to a publishing company, which was soon featured on products in bookstores across the company.

Most recently, Lever has used her trusty credit card to paint floral artwork. She cuts different pieces of the card to create leaf and petal shapes and even paints stems using the side of the card.

“The credit card will do wonderful things. It’s just a great tool,” said Lever. “Of course, my husband says, \u2018Feel free to use one of your active ones – that’s the best thing you’ve ever done with a credit card,’” she says laughing.

[photos: https://www.mewsculpture.com/mewsculpture/Gallery/Pages/Consumers_Armor.html#3 \u2026 there are links to download photos here, but others are available if needed]

As part of a body of work called “Ritual Regalia for Contemporary Living,” Mount Pleasant, Mich., artist Margaret Ware created a Samurai-style suit of armor made from credit cards, leather, pennies and shredded U.S. currency to address her concern about “the excessive use of credit” in our society.

The artwork, which can be worn, includes a chest piece, a headpiece and four panels that cover the legs. Each credit card was punched by hand and then connected in panels using jump rings. The outfit was created based on the idea “as if you were going to wear this into battle,” said Ware, who is still paying off student loans incurred in the ’90s. “My idea is that as a society we will rise up.”

Ware said that although credit cards have become a necessity in our society, she encourages people to seek out cards with companies who have ethical practices, or get a card with a local credit union instead of a multinational corporation.

“It’s a fact of our life that you have to get a credit card” to conduct daily business, she said. “We’re not going to fight that part of the system, but we can choose who our masters are. It’s about choosing which master you want to fight.”

In the future, Ware has plans to create a tailored men’s suit with credit cards, and she envisions comedian Stephen Colbert wearing the suit to call attention to Americans’ over-reliance on credit cards.

Rein in your spending with your annual credit card summary

In the next few weeks, many credit card holders will get a year-end report that can function like a treasure map in helping to find disappearing cash. With it, you can determine where you need financial fine-tuning — and then you can take action