3 financial fights couples have — and their 3 fixes 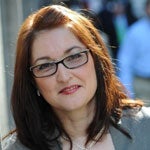 Lying about purchases, comparing incomes and determining what is a want versus a need top the list of couples’ fixable money arguments

Let’s face it; love is tough enough without money woes and financial fights. Regular finance-related feuds can put a severe strain on marriage and couplings — enough sometimes to unravel the knot that binds you.

CreditCards.com interviewed relationship and financial experts to work out solutions to some of the most common finance-related feuds.

1. The problem: Lying about purchases
To avoid a fight because you blew the household budget, you fudge, round down or conveniently forget to tell your partner the amount spent at the mall or home improvement store. Then when the cost is revealed in a credit card or bank statement, your significant other blows up and the two of you end up fighting anyway.

“People lie about money because they are trying to avoid an argument or being criticized. Hoping that the topic will not come up is a short-term solution. Of course, the truth usually will come out,” says Tina B. Tessina, a former accountant turned psychotherapist and author of “Money, Sex and Kids: Stop Fighting About the Three Things That Can Ruin Your Marriage.”

Lying about money is risky to your financial health as you might bounce a check because your partner thinks there’s more money in the account than there actually is — but it’s also hazardous to your relationship’s health, too.

“Having a partner who lies about money or purchases can create feelings of betrayal and distrust in a relationship. Spending money and lying about it or hiding it may feel as if a partner was cheating on the other or the relationship,” says Lubna Somjee, a psychologist in Poughkeepsie, N.Y.

The fix: Make a date. Cheryl J. Sherrard, director of financial planning at Rinehart Wealth Management, suggests using “date time” to have very specific discussions about spending trends, habits and limits. Making a date sets the tone that you’re a couple working together and vested in each other instead of two people sharing the same checkbook. “A date reminds you that you’re emotionally connected and on the same team,” says Sherrard.

“Use the time to have a discussion about how you set budgets and spending limits or to discuss how you will go about making money decisions, either jointly or separately,” she says. “That way you won’t have to lie to each other about purchases.”

Just don’t try to discuss finances while you’re both commuting to work, on the run, when it’s late at night or while watching TV. Instead, Tessina says you should take the time to sit down together with all the proper information and discuss your needs, wants and means.

And check back in regularly. “Have a brief check-in date, even if it’s for coffee, as frequently as possible to keep each other informed and to stay on a mutual path,” says Tessina.

2. The problem: I make more money than you/you don’t earn enough money
The amount of bacon you both bring home — or don’t bring home — is a perennial hot-button topic. Whether it’s a discussion about balancing the checkbook, affording a new car or planning a vacation, the size of your respective paychecks brings out the worst in you and your main squeeze.

Tessina says those who brag about their paycheck or belittle a partner for not making enough money appear to be brimming with confidence, but “deep down that person is actually insecure about money,” Tessina says.

Braggarts may actually be worried about your financial footing as a couple or their personal job security. Belittlers may be harboring resentment that they’re the one working harder to keep the family afloat. “This kind of scolding or bragging usually comes from fears about not having enough money. They don’t realize scolding a partner about their paycheck or bragging does nothing but make the problem worse,” says Tessina

The fix: Instead of giving in to the urge to point out your partner’s lack of income or brag about your paycheck, Somjee suggests looking at other contributions the lower-earning partner makes to the household, such as raising the kids, running errands and picking up household slack because of not working as many hours, etc.

That way you’ll be able to see the roles each of you play and look at how those roles complement each other.

“Each partner must feel as though their contribution to the household is a shared contribution and that one person is not burdened with an unfair contribution level,” says Donna M. Cheswick, a financial consultant and certified divorce financial analyst  in Greensburg, Pa.

If the list shows there’s room for one of you to earn more or do more, brainstorm a plan to reach that goal together.

And if the words “you’re not making enough … ” make their way to the tip of your tongue, Tessina suggests swallowing them instead of saying them out loud. “It’s better to say ‘do you think our combined incomes are enough to support the household or reach our goals’ than to accuse or blame someone. This isn’t a matter of who’s right and who’s wrong,” she says.

3. The problem: What you see as a ‘want’ your partner sees as a ‘need’
One of you may think a new set of golf clubs is an absolute necessity while your partner may think of them as more of a “want” or a luxury. This squabble is ignited repeatedly over things such as new appliances or electronics, shoes and clothes, musical instruments for the kids, private lessons, vacations or home improvement projects.

Cheswick says that spouses who are always satisfying  their “wants” can wreak havoc on a couple’s financial situation and marriage. “Many times when the money is not available for a ‘want,’ credit cards become the short-term answer to afford the purchase. This creates a larger problem of debt, because now not only is there a lack of money to afford the purchase, you have a lot of interest to pay back as well.”

The fix: Try a technique called “matched pairs” to find mutual wants and needs. Start with you and your partner both making lists of all the things you “want” to buy or afford — for instance, those cool new skinny jeans, a new car or even paint to freshen up a room.

Then compare lists to pair up similar items on the list. Any pair that matches is an obvious goal to work toward or purchase to make if it fits into your budget.

The remaining unmatched items on the list should receive less priority because they’re not mutual. Cheswick says that doesn’t mean you can’t ever get them, but you both should agree on how much and when to spend the money on those things

To afford those wants, Cheswick says you can always start a “want” savings account. Allocate a portion of your income to go into the account and make a list together to decide which wants will be purchased first, second, etc. “Agreeing upfront on the wants that will be purchased will eliminate fighting about the purchase down the road,” says Cheswick.

See related:Mine, yours and ours: Marriage and your money, Newlywed nightmare: hidden debt, 9 steps for restoring trust after hidden debt is revealed